The Evolution Of The Chandelier

In its earliest form the chandelier had a simple purpose – to illuminate large indoor spaces such as churches and cathedrals using many candles. In the eighteenth century gas lights were used but the most significant evolution was created by the advent of the incandescent electric light bulb in the late 1880s.

The chandelier evolved into a great decorative statement, the light source reflected and refracted by large arrays of crystals providing an image of aspiration and grandeur for hotels, theatres and lobbies. A light source, but also a metaphor for wealth.

For a long time the development of the chandelier was barely perceptible – until the commercialisation of the LED and the availability of practical digital control of kinetic movement. The effect is like a chain reaction. The nature of the so-called chandelier is now vastly broader, now encompassing a broad range of eclectic ceiling installed decorative features that emit light.

Movement has also emerged as a new visual essential; conveyed in one of two forms:
Implied movement created by the dynamic dimming and colour change of the light sources within a chandelier.

whereby parts of the display are motorised and digital control is used to alter the positions of elements of the chandelier sequentially.

found ourselves well placed because of the necessarily bespoke nature of the new art. Our core philosophy has always been based upon custom design.

Examples of our recent work include: 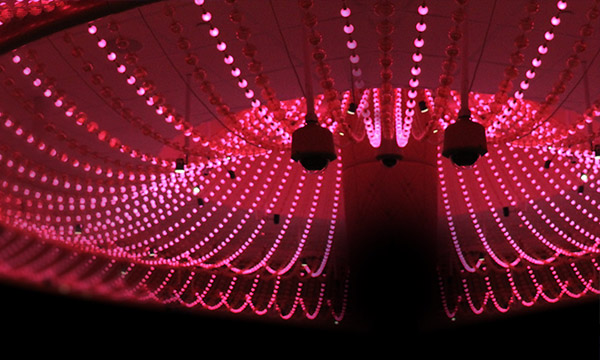 The Star Casino in Sydney awarded Illumination Physics the task of designing and manufacturing a grand chandelier, conceived of by Shop 12 design in Las Vegas. In less than two months we delivered the solution, 5,600 illuminated pearls, strung on cascading strings, mimicking a chandelier of old; but on a grand scale. The colour and brightness of each individual pearl is controllable and can be programmed to infer 3D movement. 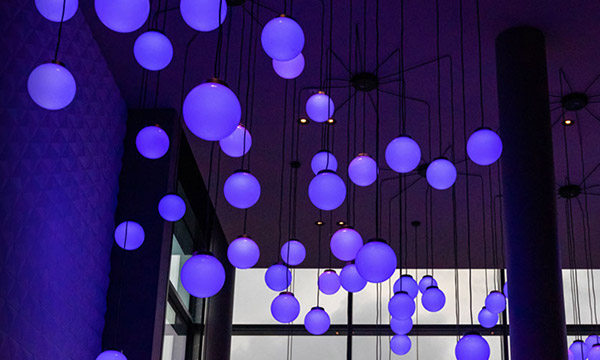 For UCI cinemas in Potsdam and Berlin we have designed and manufactured a custom product according to the lighting design of Kardoff Engineers and their “cloud of light” created by suspended spheres which are individually controllable in colour and brightness in such a way that different emotional lighting scenes can be created. 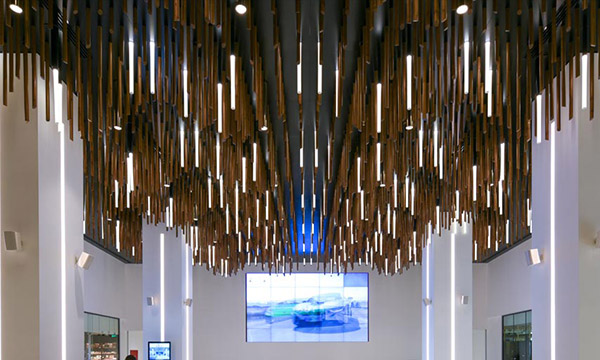 The Radisson Blu Hotel in Larnica, Cyprus was the first of a new breed of business hotels in a rapidly evolving market. A bold statement was required for the integrated shopping mall. Therein lay the genesis of a grand chandelier design conceived of by local architects Fluid design and Cypriot lighting designers Archtube. Illumination Physics designed and manufactured a custom illuminated pendent fixture in two lengths. Together these would comprise 10% of the total 4,032 suspended elements, occupying 500 square metres. Only white light was used but individual dimming control of each illuminated pendant was provided. 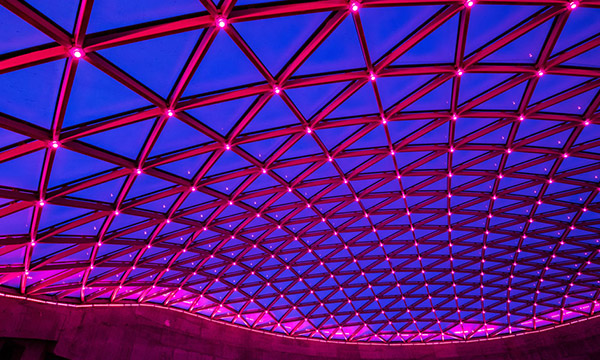 The geodetic domes that form the roofs of the underground clubhouses of the Kempinski Hotel in Yinchuan, China is another extension of the chandelier evolution. Collaborating with Novum Structures; Illumination Physics designed and manufactured a direct view and indirect view lighting system that transformed the geometric roof into a grand lighting feature. Individual control of every light fixture enables the creation of dynamic mood lighting that can be playful or peaceful.

According to the design by Doreen Stephan of Scott Lighting in Berlin, we have created a powerful LED take on the classic style of the chandelier. The Chandelier is decorative but also adds a significant contribution to the overall lighting level.

Designed to create large decorative lighting features in public spaces, we engineered a pendant luminaire that is manufactured with a family of different orientations and angles called Horizons. This rendering illustrates the application of the Horizons pendant creating an attraction and linking spaces. 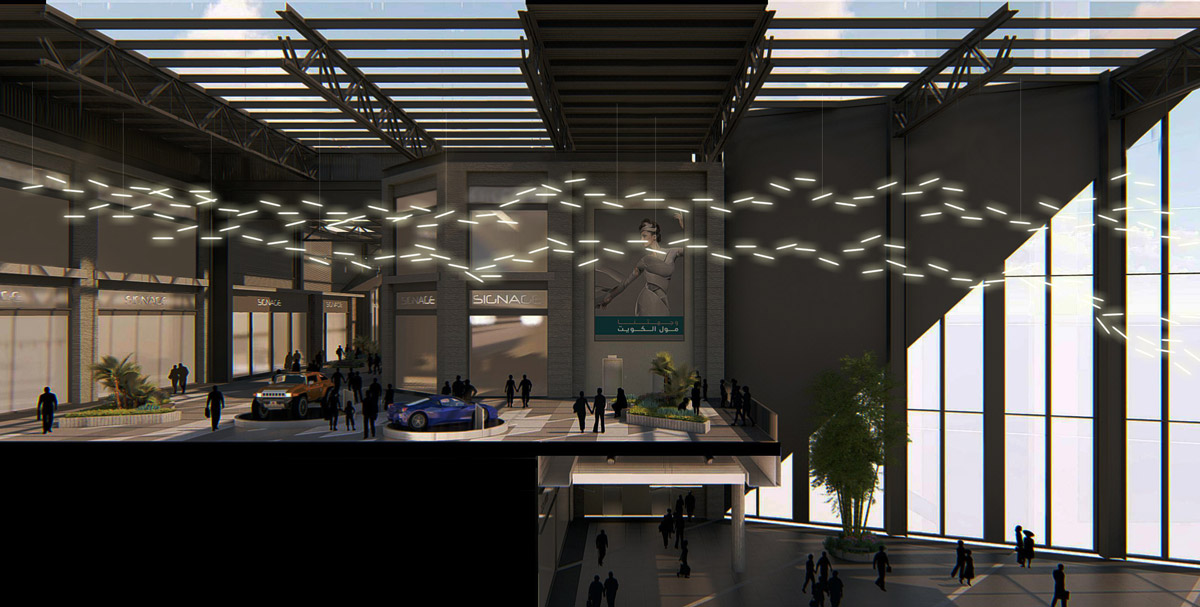 We have various Kinetic projects in development that will create moving objects that are also illuminated and have full lighting control simultaneously. The nature of the illuminated objects include spheres and Cubes of numerous different sizes as well as crystalline gems containing colour changing or colour temperature changing light sources. The objects can physically rise and fall in any predetermined sequence.

Illumination Physics is currently working on four projects that can be described as chandeliers, under the broader definition proposed here: two in Kuwait, the PRC, and Germany.

We find the work stimulating and satisfying. We have also discovered that we are highly competitive.

We will be glad to hear from designers and will welcome the opportunity to develop new ideas. 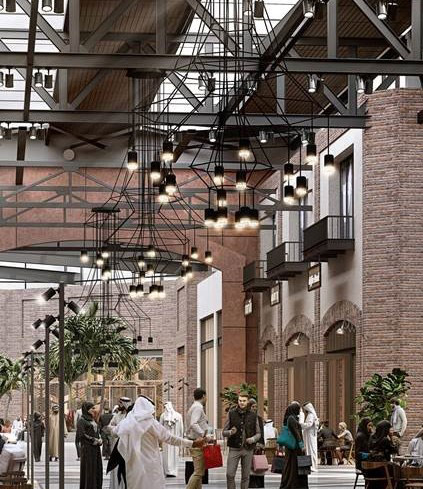