The latest in European architecture has met with innovative Australian lighting design, in Zagreb, Croatia.

Illumination Physics has just completed a facade lighting project for the new state-of-the-art Green Gold Complex. This latest development by the PB Group is a prodigious business and shopping Mecca comprised of seven main facilities: a business centre, shopping centre, hospitality centre, exhibition & congress centre, garage & delivery centre, Hilton hotel and park.
The architecture is in stark contrast to the previous generation of buildings in Zagreb. Modest in height, the strong architectural treatment is the expression of the horizontal strata in the main façade. The curtain wall has been decorated with a series of eight transom features constructed from an aluminium extrusion with a section made up of compound curves.

The Green Gold complex has more than one building which makes use of the emphasis of horizontal strata.
The immediate neighbour tower makes use of internally illuminated spandrel panels creating continuous horizontal bands of light. To differentiate the two buildings and to reduce energy consumption, the new building would be treated with a non-continuous matrix of LED pixels.
Illumination Physics has developed a family of products called DOTS which are extremely robust and use high power LEDs which are under-driven to produce a very high temperature tolerance of up to 80 Degrees Celsius.
DOTs contain no electronics apart from the LEDs themselves and are therefore invulnerable to environmental abuse that would cause failures in more complex fixtures. It is perhaps one of the few light fixtures which is most likely to fulfil the LED promise of a 50,000 hour life and 70% lumen maintenance.
The extreme reliability of the DOT far outweighs the small advantage that ‘in series, data and power on board’ luminaires might offer because the ancillary electronics have a far shorter life than the LEDs. 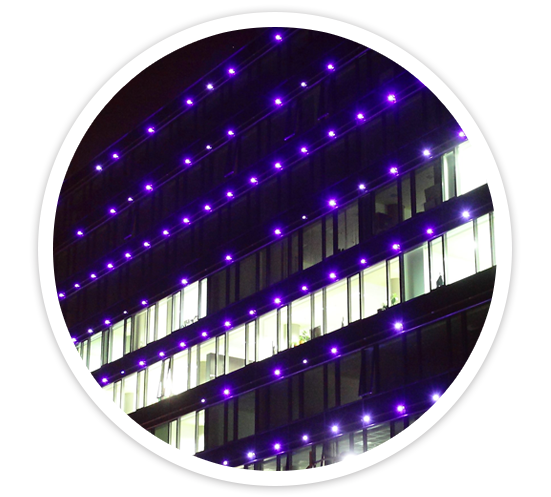 The illumination Physics DOT is one of the few light fixtures which is most likely to fulfil the LED promise of a 50,000 hour life and 70% lumen maintenance.

As DOTs can be shaped infinitely, the Green Gold Dot was shaped to fit flawlessly into a CNC cut notch in the transom feature. When fixed into place, the profile of the feature and the dot appear identical.
There were 20 DOTs used on each of the floors that were treated – making a total of 160 of the RGB version, along with 34 Illumination Physics HP Drivers.
The entire control system was supplied as a package using Illumination Physics DD6 DMX splitters and a PC loaded with IPSOFT, an easy-to- use graphic interface control system that uses flash files and incorporates a visualiser.
Illumination Physics provided both on-site instruction to installers and a commissioning crew upon completion. This training allowed the client to immediately produce his own programs.

The resulting complex is a state-of-the-art facility – a perfect harmony of European architecture fused with Australian lighting innovation, and is yet another example of Illumination Physics excellence. 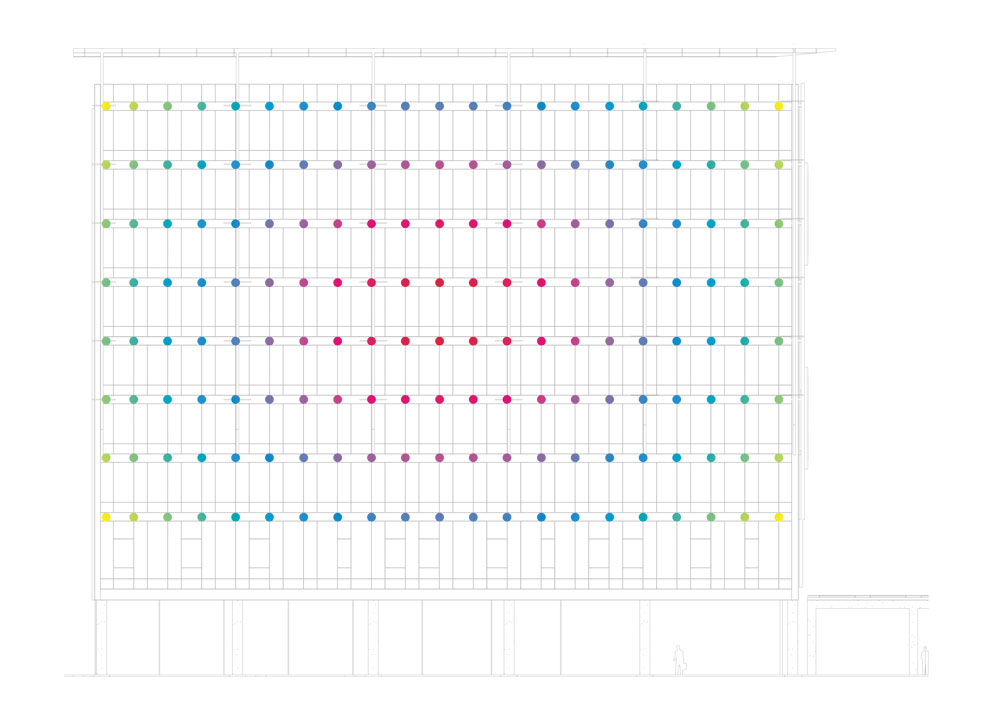 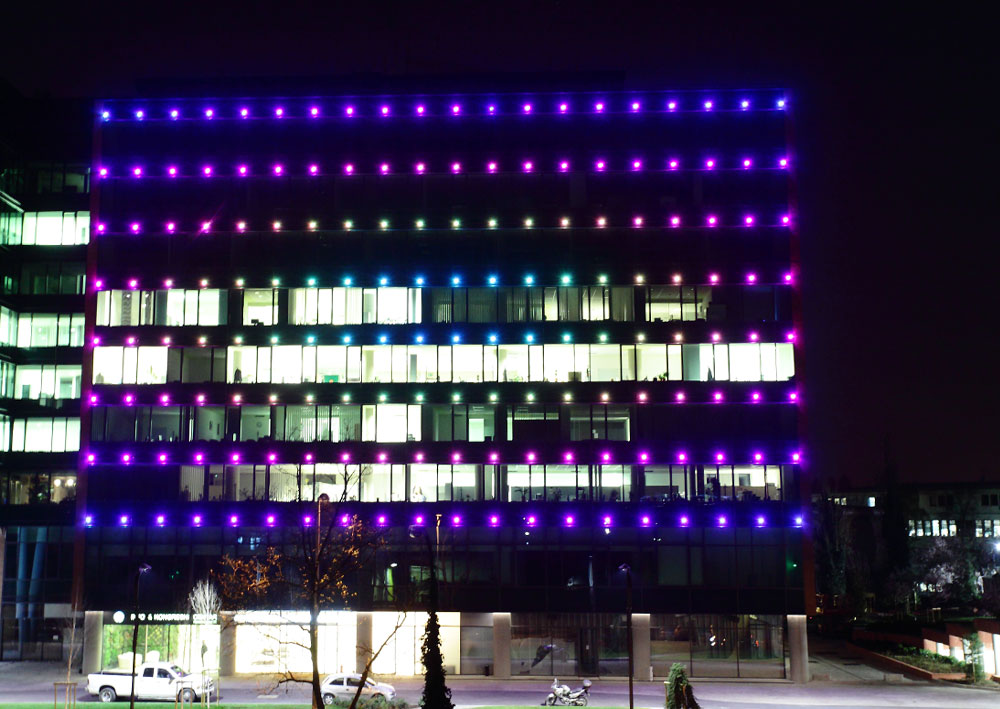 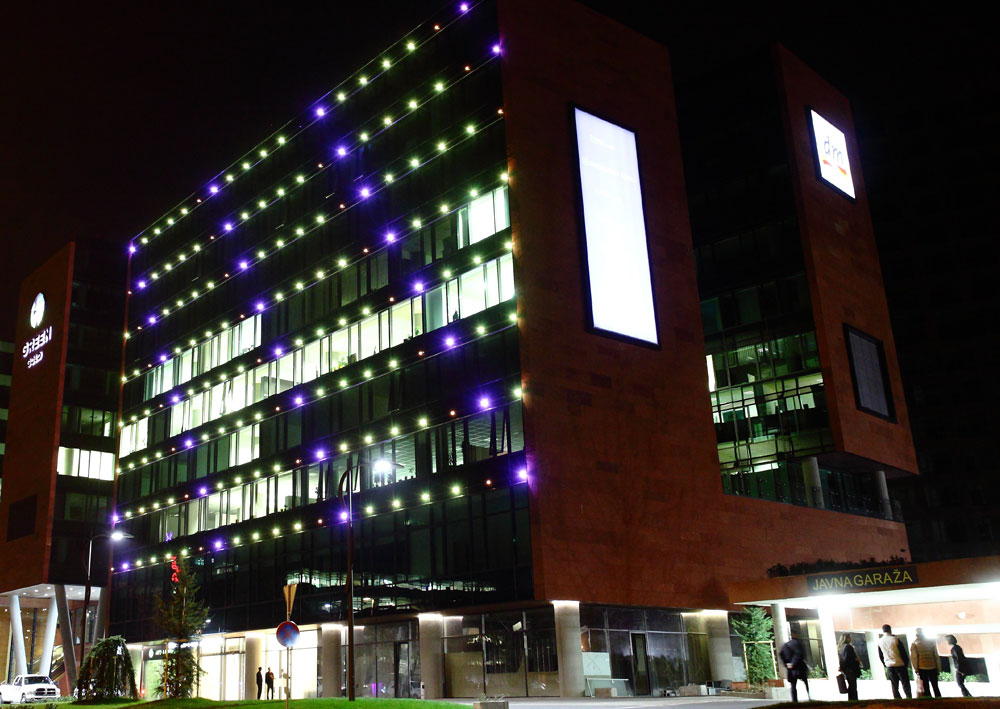 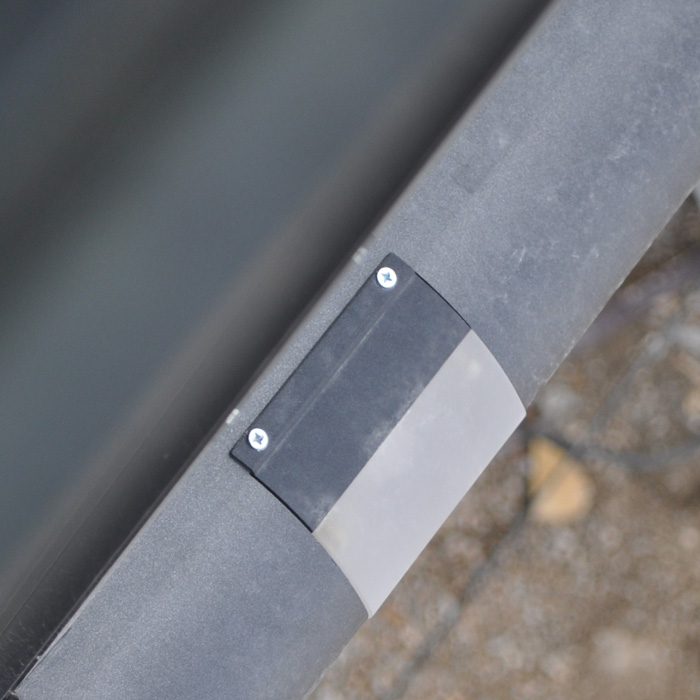 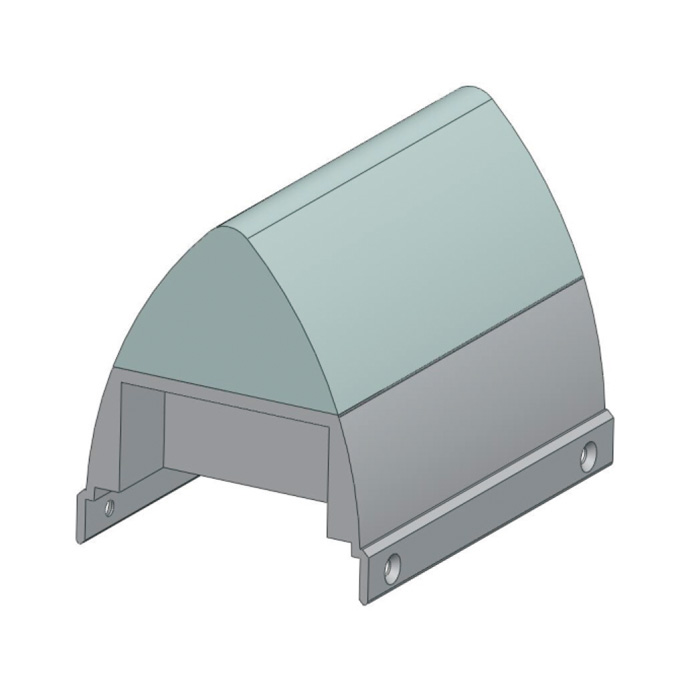 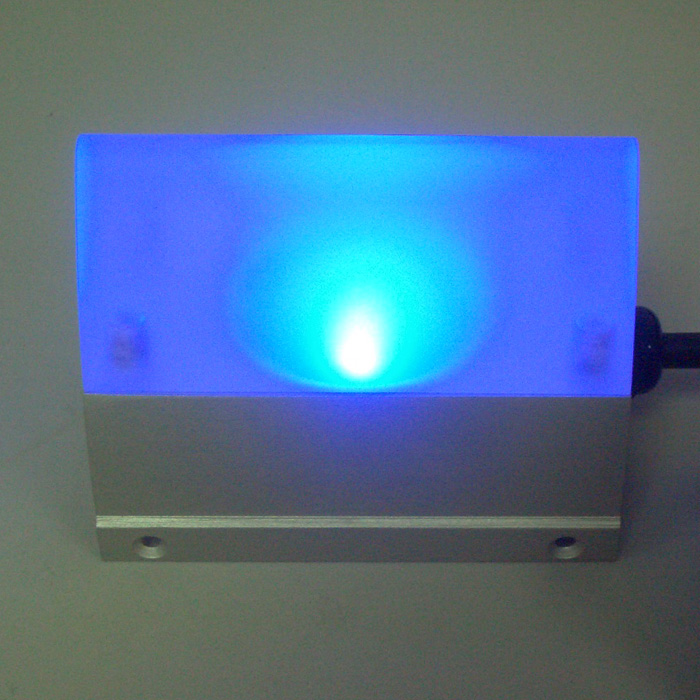