A Collaboration with Novum Structures
The Kempinski Hotel Clubhouse 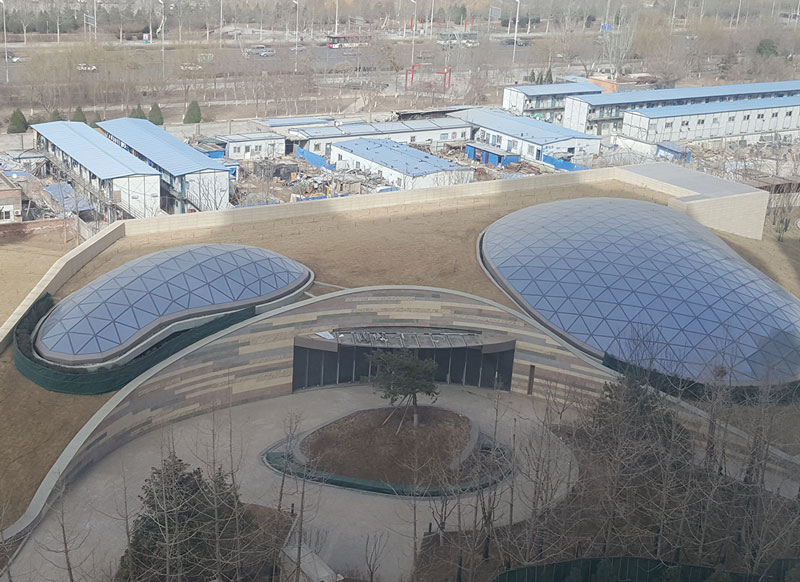 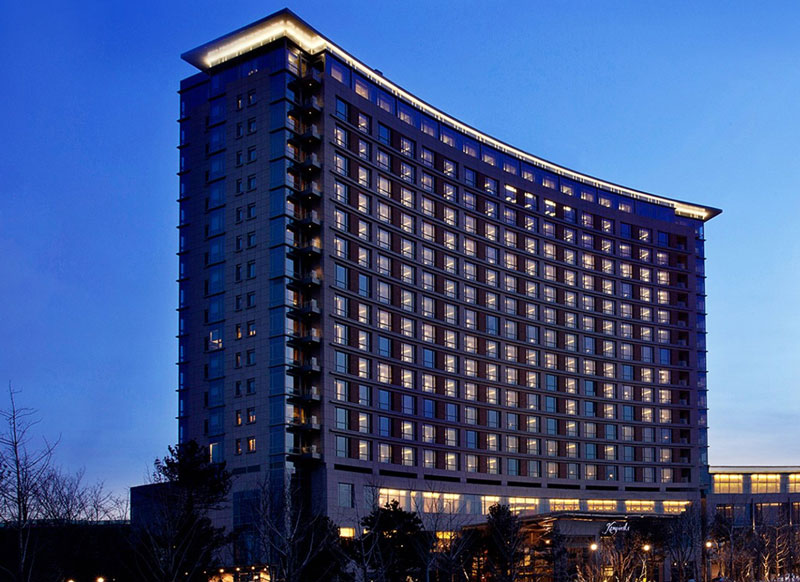 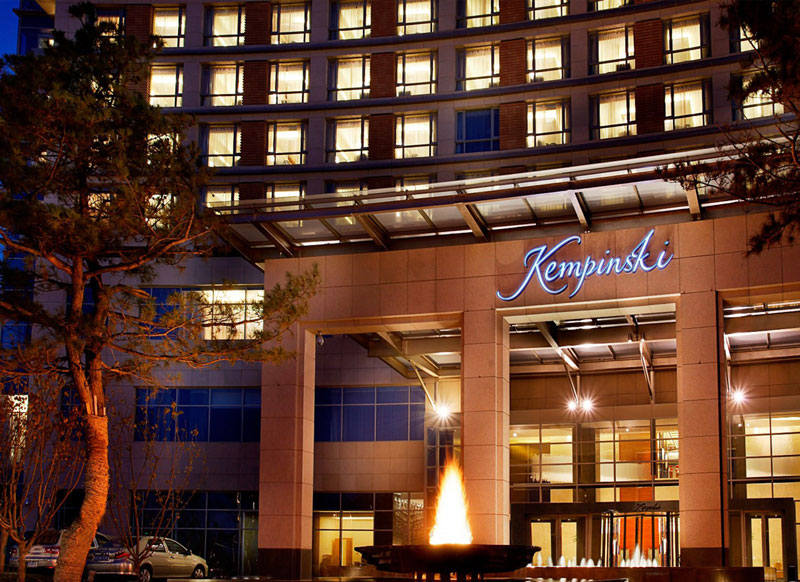 The clubhouse of the Kempinski Hotel in Yinchuan in the autonomous region of Ningxia provided a serendipitous opportunity for collaboration.

The Kempinski Hotel is built in a harsh environment on the North West frontier of the PRC; it is inhospitable more often than not. A grand hotel should have great facilities for recreation, pools, spas and the like, but the ‘desert’ climate has an average annual daily temperature of just 8.9 degrees Celsius, meaning that if built outdoors, these leisure assets would be unusable.

The hotel clubhouse must be indoors so that it can be enjoyed 365 days of the year. Hence the novel plan to place the sports and recreation facilities underground, beneath two organically shaped glass domes. In order to make unrestricted use of the spaces created, it would be highly desirable if the need for supporting columns for the domes could be eliminated.

This is their speciality. The two domes would be constructed from glass and metal panels that, when assembled, are self-supporting. The entire structure in compression and without any need for other support.

The domes make an extravagant architectural statement and it would be illogical not to celebrate them with light.

The lighting design had already conceived of the most logical way to illuminate the domes with a mix of indirect and direct view lighting. 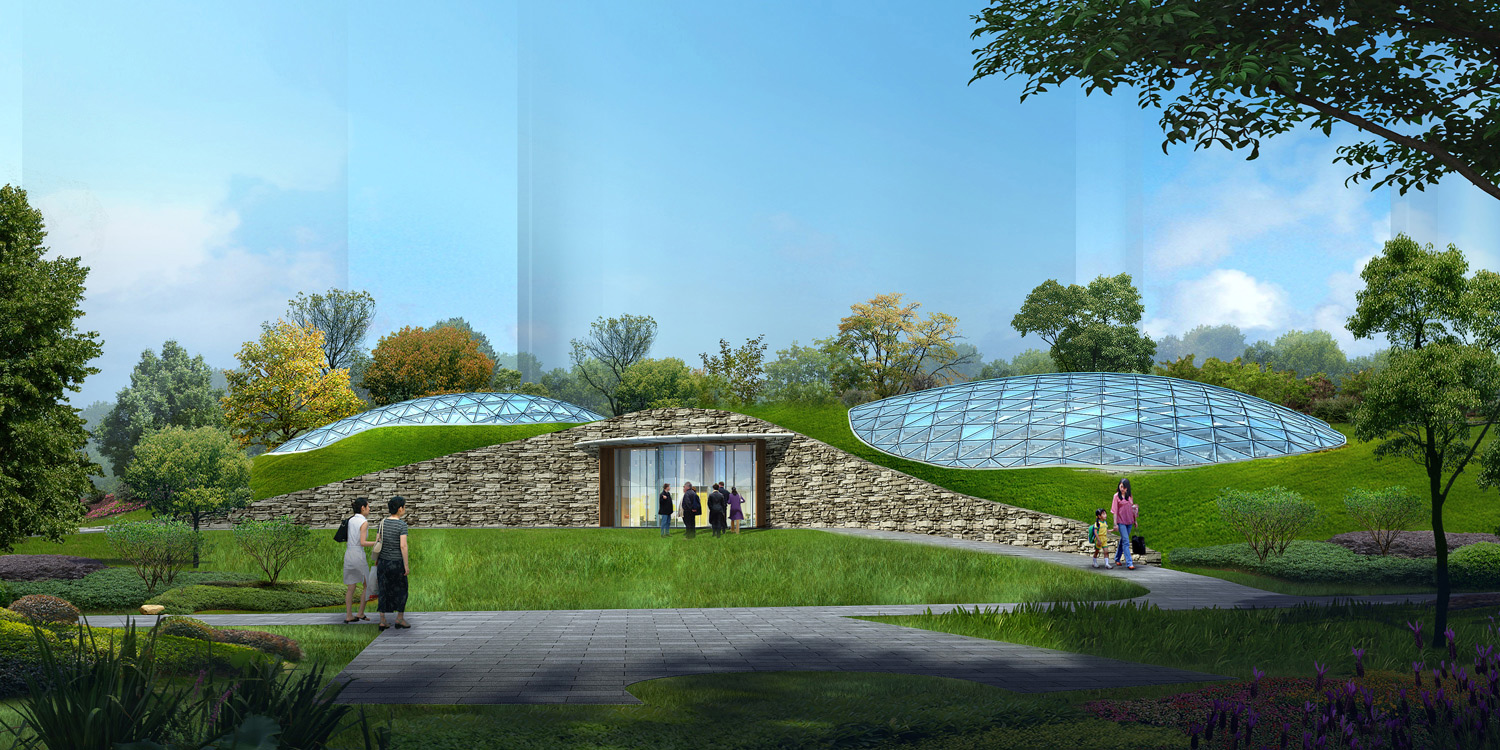 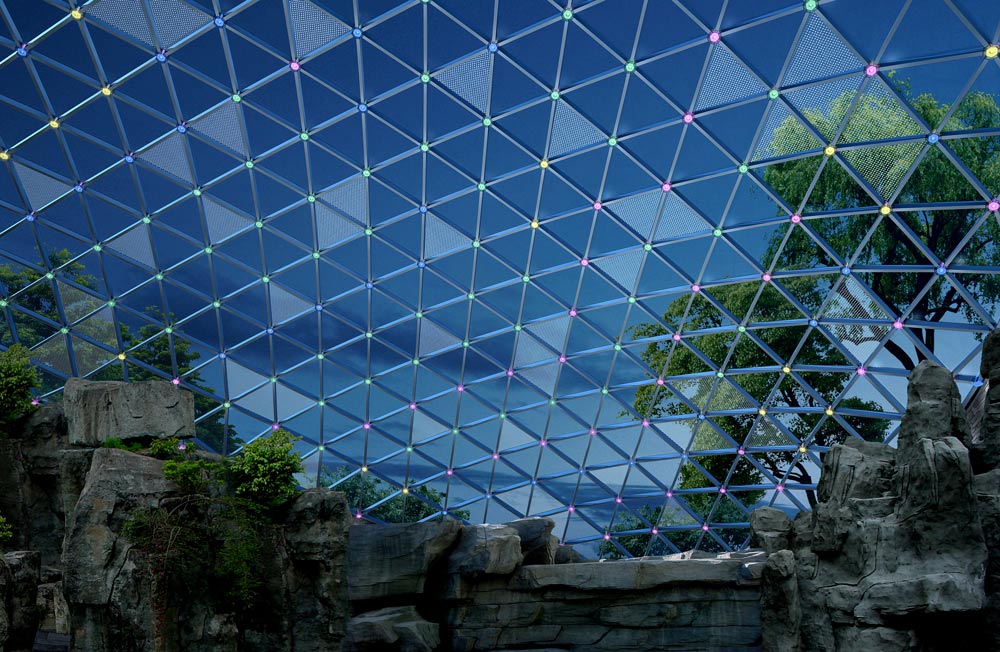 The perimeter of the domes would be illuminated with a continuous ring of high power linear wash lights. The purpose was to create a grazing wash of light. Since the webs of the Novum structures were finished in white and would lie perpendicular to the direction of the grazing light, the registration of the light would be good. However, the domes are large, up to 60 metres across. Illuminated only from the perimeter, the intensity of the wash lighting would vary greatly. The laws of physics dictate that, no matter how carefully the linear lights are focussed, the domes will be bright at the edges and less so in the middle. At least the source of the light would not be visible to the patrons enjoying the facilities below the domes as the luminaires could be hidden above the parapet, out of sight.

The second and vital element of the lighting design was to be a LED dot placed at every intersection point where the panels meet. This involved 280 light fixtures, all to be integrated into the Novum structures but without any detailed specifics of how to do so.

We made certain structural decisions we made at the outset.

Access to the linear light fixtures at the perimeter for maintenance was merely difficult. Access to the LED dots integrated into the dome for maintenance was all but impossible. For this reason, we chose to use remote drivers so that no onboard electronics would be required in the light fixtures at all. The luminaires were designed to be reduced to the simplest components possible. Each fixture was comprised only of LEDs placed in a metal enclosure with a PMMA lens. Every fixture would have its own cable. In this format, there is simply nothing that can wrong.

High-power LEDs have a very long life and are tolerant of a wide temperature range in their thermal environment. The driver electronics do not have the same life span or tolerance. So, in order to produce the ultimately durable lighting system, it is important to keep the electronics out of the luminaires entirely. This means that each light fixture will have its own dedicated extra low voltage cable. Some may say that this design philosophy requires more cable and that is true. However, in cases where we know that reliability is paramount, the cost is paid back many times by savings in maintenance. This system has been used in numerous projects by illumination Physics such as the Canon building (2004), The Sheraton Dubai (2008), The Hilton Capital Grand Abu Dhabi (2008) and the media wall for Macau Studio City (2015). All of the luminaires have been faultless.

The specification of the linear light fixtures in the perimeter of the domes was the simpler of the two types of illumination to solve. IP Linear Vario is a high-power linear wash light that is available in custom lengths. This made it ideal because of the irregular organic shapes of the two domes. To maximise the lensing, individual Cree LEDs were used to create an RGBW version. illumination Physics’ remote high-power LED drivers would be conveniently installed in the vicinity of the fixture but in accessible positions in case of any maintenance required. 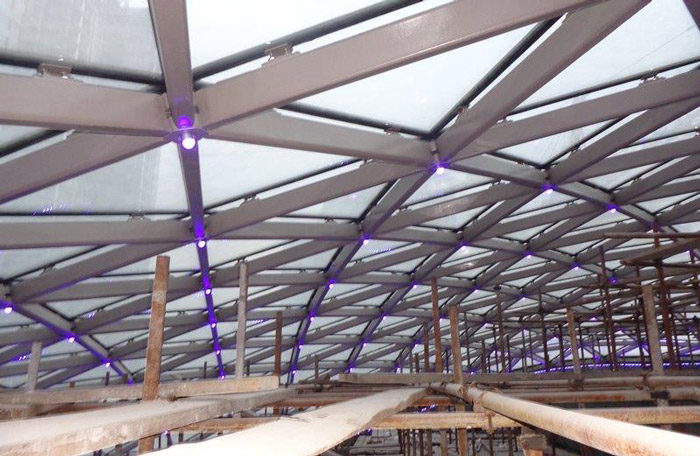 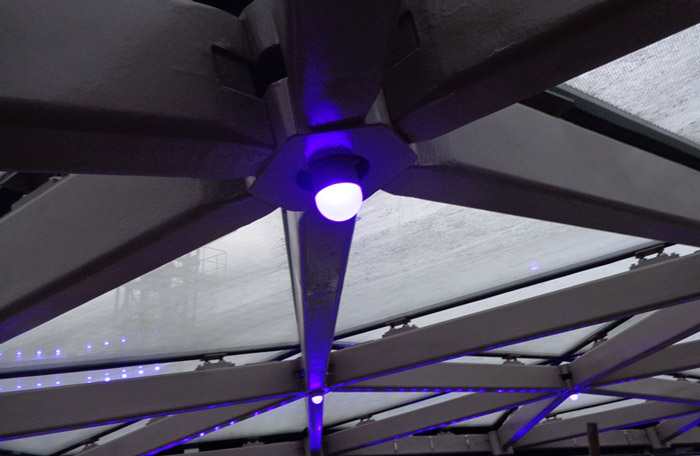 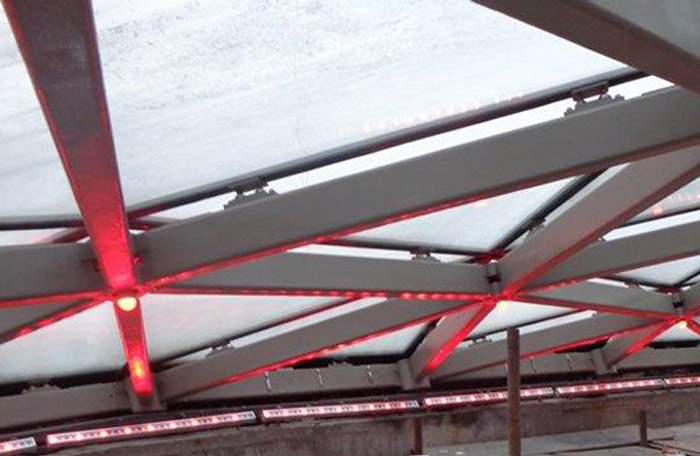 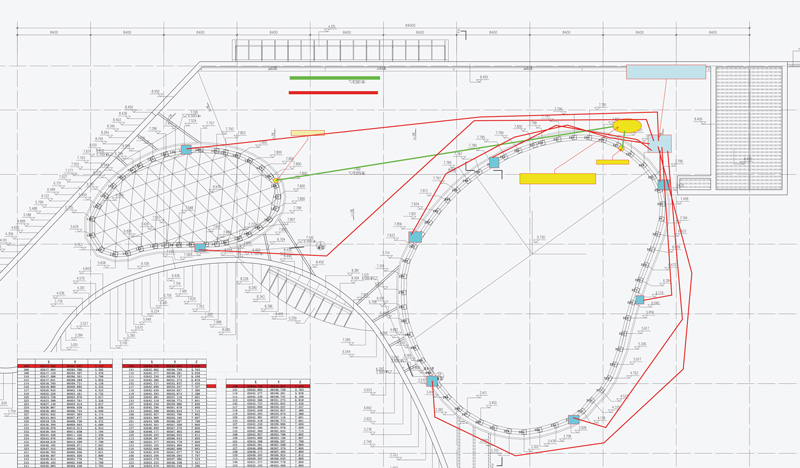 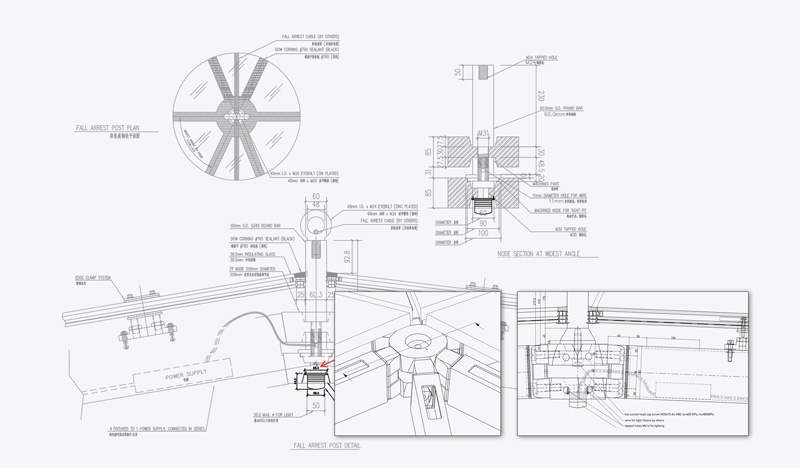 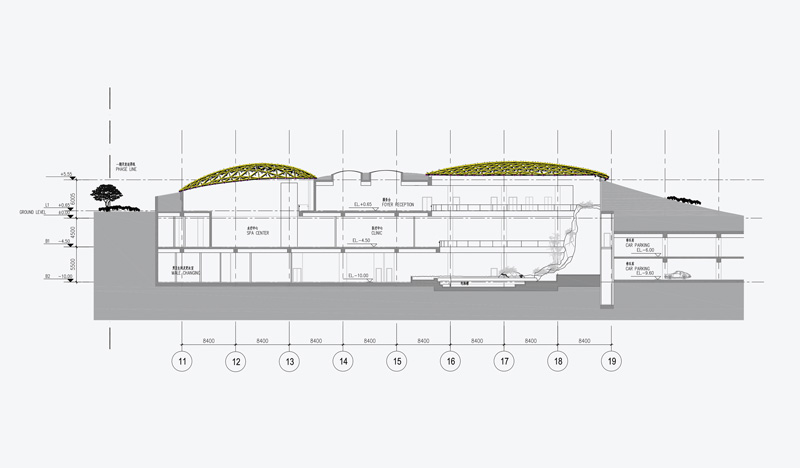 Working with Novum, illumination Physics designed a custom LED dot that fitted perfectly into the structural system. Novum only needed to make very small provisions for the lighting equipment. The light fixture became 50 mm in diameter and was fitted with a frosted domed PMMA lens, providing even viewing over more than 200 degrees.

The LED chosen was a 4-die composite chip from Osram in RGBW. The custom cables were to be concealed inside the spokes of the structure and were installed during the panel fabrication stage then tested on site. To complete the system, the LED fixtures were attached on site once the structure was completed. Thorough T&C was undertaken whilst the scaffolding was available.

illumination Physics designed the control and data distribution systems. The two domes would be used for different purposes and they are controlled separately via touch screen interfaces. 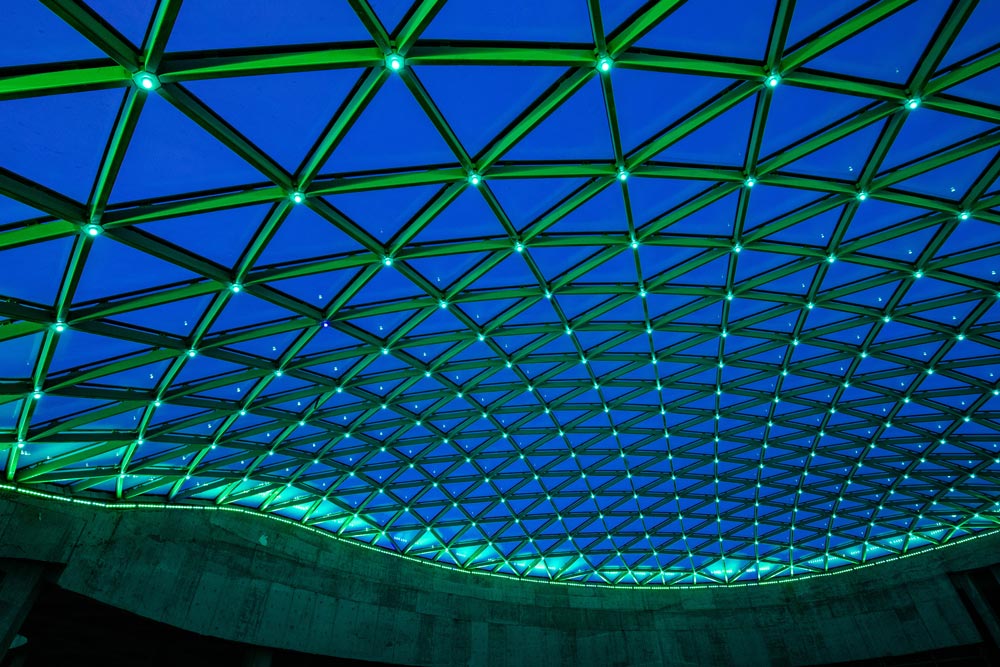 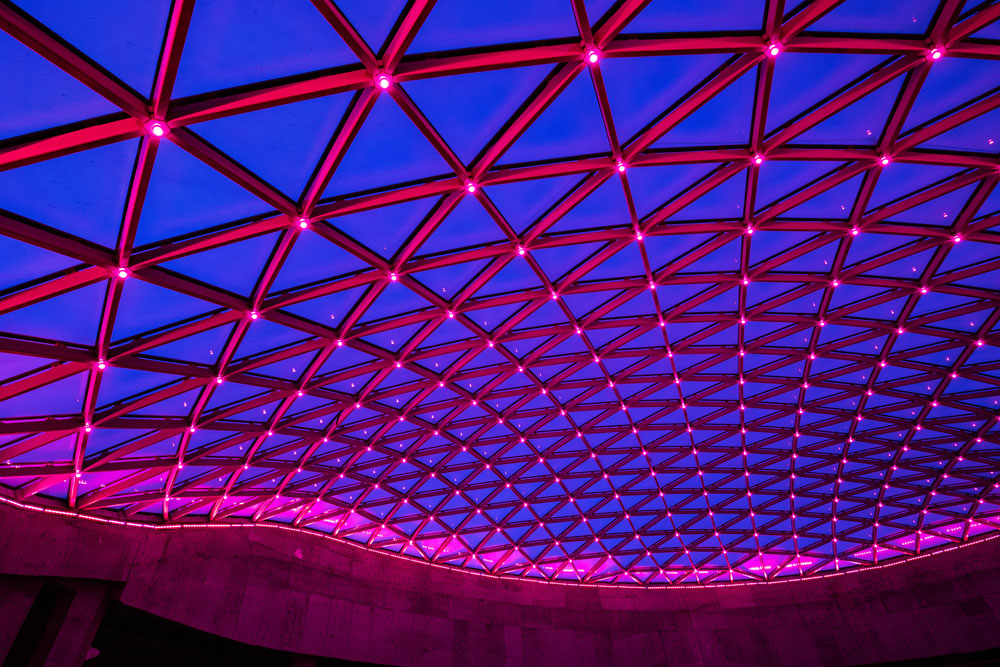 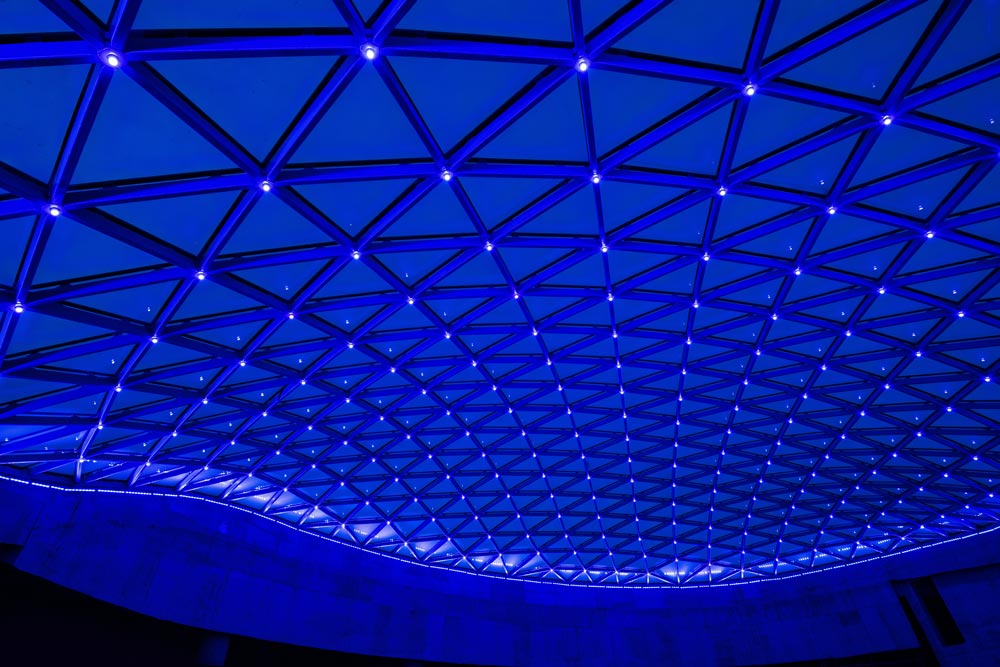 The illumination of the domes offers many creative opportunities. Dark winter afternoons can be enhanced with a visual metaphor, a blue sky with passing clouds for example. Both festive treatments and day to day mood lighting can instantly be called up or scheduled in advance. Regardless, the integration of the lighting system with this unique structure has been executed with perfect geometry.

This project was designed by illuminate Lighting Design. 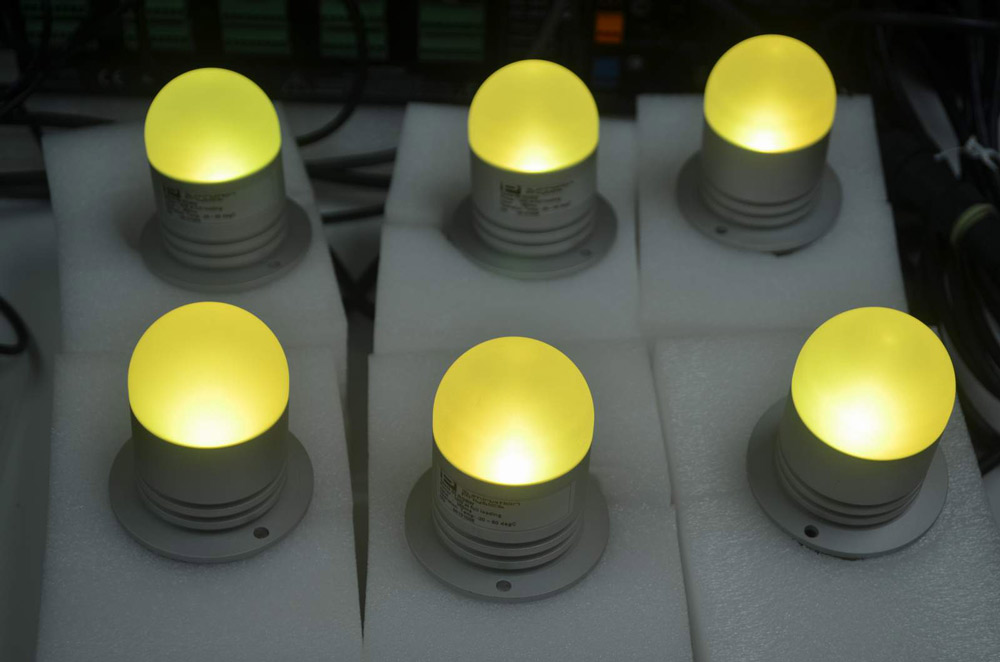 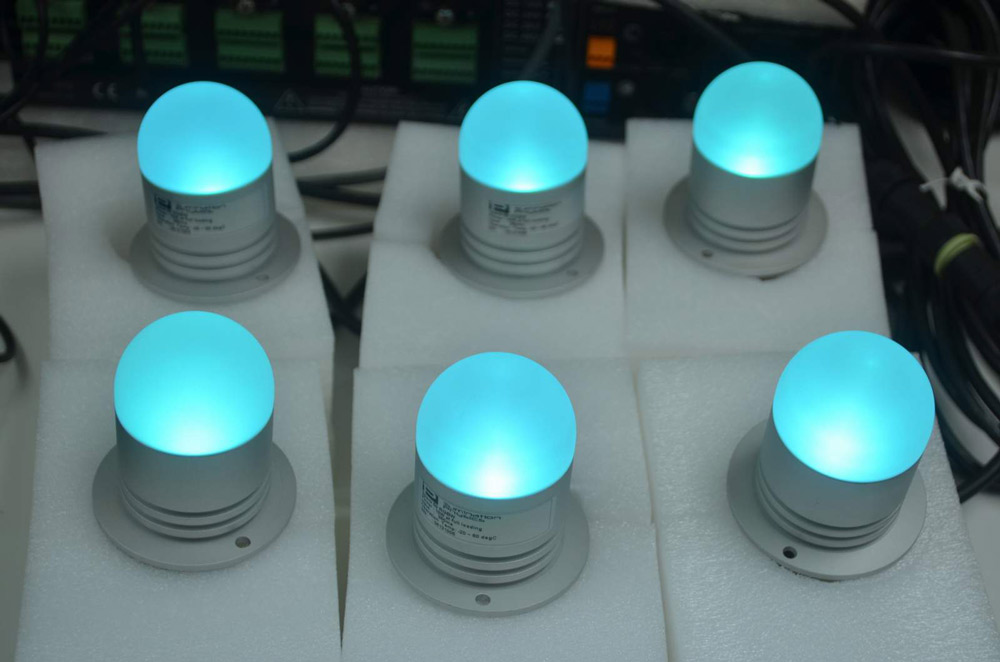 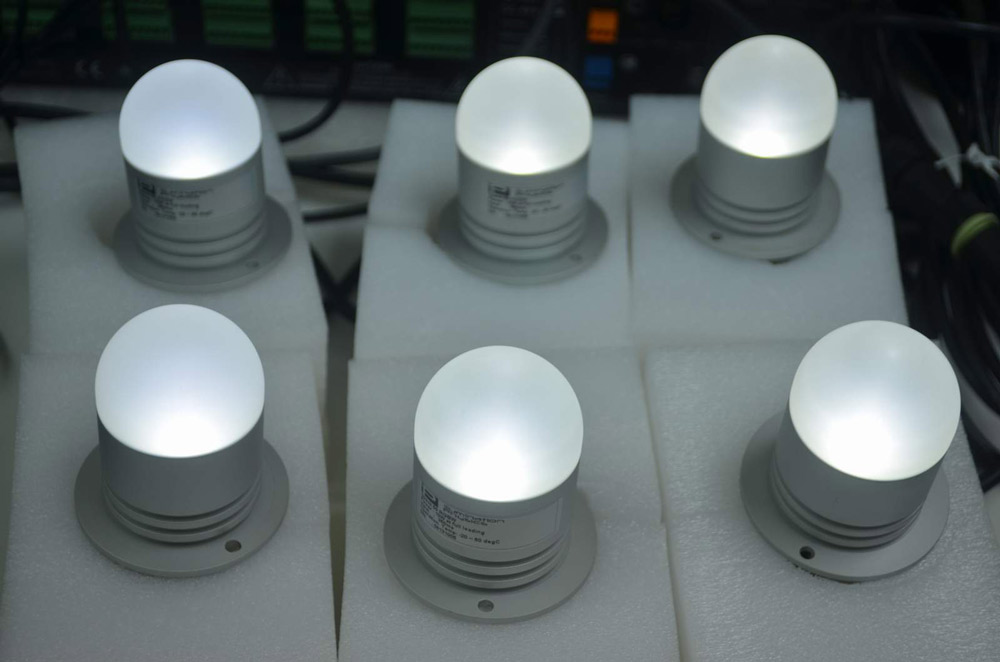 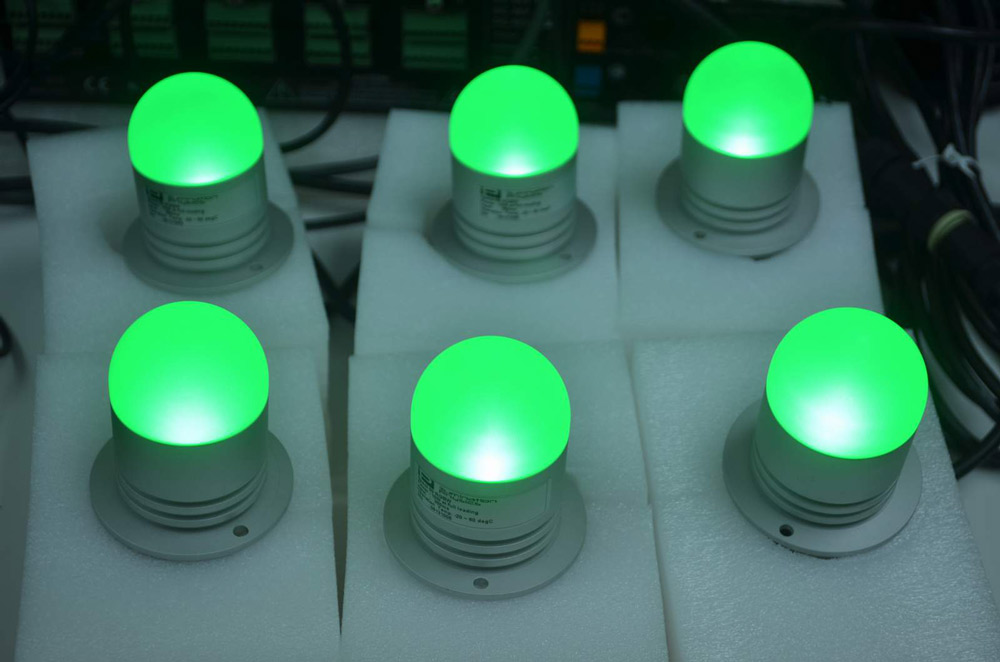