Sending A Message Signage for Circa Las Vegas

Situated on the corner of Freemont Street and Main Street in Las Vegas stands the first brand-new downtown casino resort built since 1980. Naturally, it has every modern advantage, yet the architectural design celebrates the history and style of the precinct.

Sending A Message Signage for Circa Las Vegas

Situated on the corner of Freemont Street and Main Street in Las Vegas stands the first brand-new downtown casino resort built since 1980. Naturally, it has every modern advantage, yet the architectural design celebrates the history and style of the precinct. 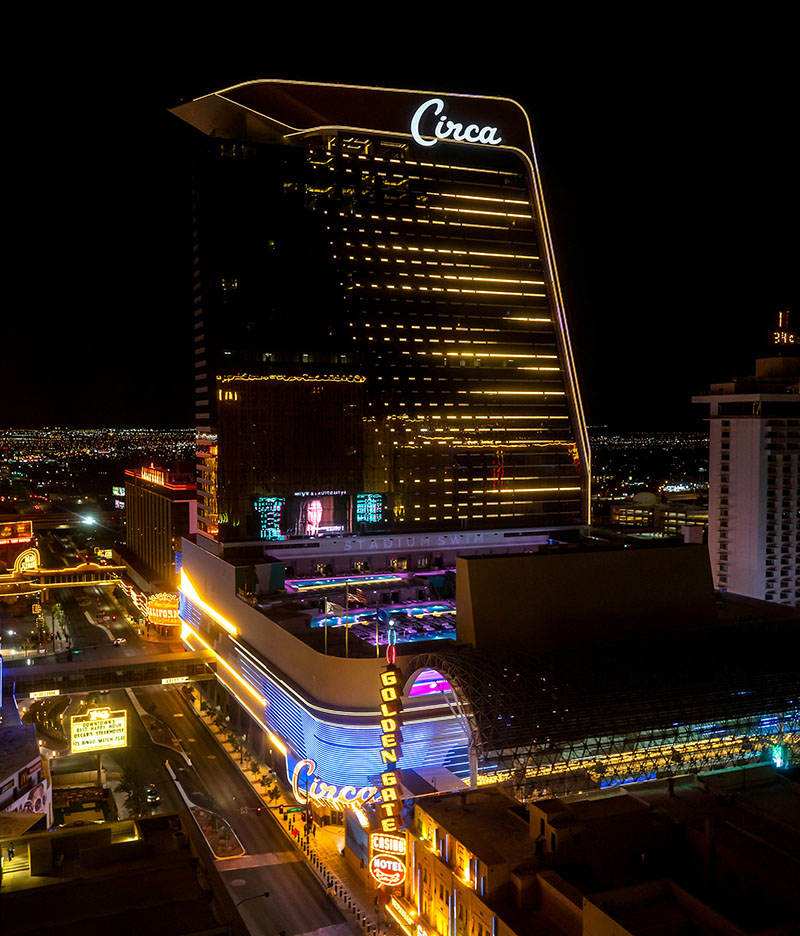 “The new resort looks modern and yet it looks like it belongs in Freemont Street,” states Paul Steelman, CEO of Steelman Partners, the Circa project architects – designers of global entertainment, hospitality and gaming architecture.

The style and presence of the signage would be key to Circa’s visual identity. Since the 1940s, Fremont Street has been referred to as “Glitter Gulch” – a sea of neon and incandescent bulbs sparkling within the traditional signage. The new signs for Circa are a digital makeover of the analogue fashion of the past. LED has replaced the old technology, but with clever design, the new signage pays homage to the past, sending a clear message.

According to Shop 12’s specification, illumination Physics designed and supplied an integrated media wall on the south façade of the tower. A specially adapted version of the IP Data Pixel 6 was used mounted in a matrix of various sizes, which was then integrated into the curtain wall. The intention was to synchronously control both the media wall and the signage with video.

“Throughout the property, our goal was to blend the classic with the cutting-edge, and the signage gave us the perfect opportunity. The IP Data Pixel 6 provided us with the ability to simulate the old-school scintillating lights so common to Vegas through the years, plus the option to crank it up to 11 with full video capabilities. This signage is eye-catching from across the street and from across town.”

Shop 12 President Jon Champelli wanted to ensure that the performance of the LED in the façade media wall was identical to the signage, so although the integration of the IP Data Pixel 6 would differ between the media façade and the signs, the LEDs and electronics would be identical. The drivers for the façade media wall and the signage would be the same as the IP Driver 8 – Artnet to SPI converter.

illumination Physics were challenged with creating an optimised version of the IP Data Pixel 6 to suit the installation conditions of the signage.

Yesco a company with a 100-year history in manufacturing signage – was chosen to build and install all the external signage for Circa. They provided illumination Physics with their a provisional shop drawing layout , made for the location and number of LED pixels. We were tasked with turning this into a design for customised strings of IP Data Pixel 6. The strings would need to allow for the best cable distance between pixels, the most logical installation path and the ideal number of pixels in a string.

The mounting method for the IP Data Pixels was also part of our task. Yesco planned to use a front panel that was only 1.6mm thick, rendering conventional fixings unworkable. The signs and drivers, which were to be installed in cabinets nearby, required a full wiring schematic design for control. 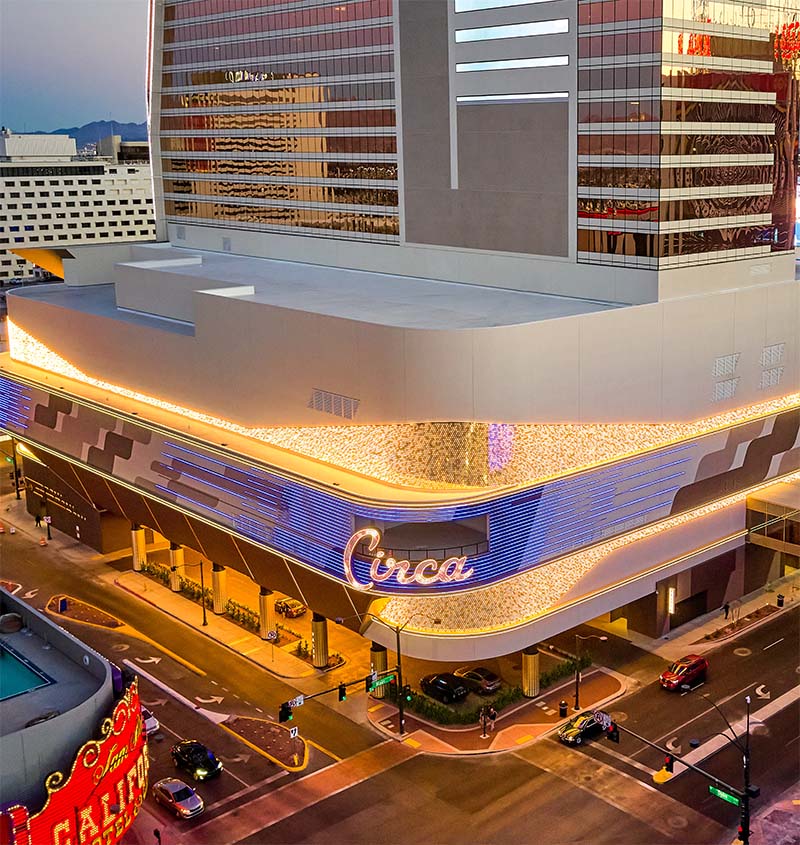 The first step was to develop a cost-effective mounting method for the IP Data Pixel that was suitable for the 1.6mm metal plate. Working with Yesco’s Kyle Rimoldi, we developed a custom clip that attached itself to a laser -cut opening in the metal plate. No tools are required to install or remove an IP Data Pixel, simply solving a potentially complex problem. This also allows the easy removal of pixels from the back of the sign should the need arise.

The second step was to design the layout of the LED modules. Using the Yesco shop drawings, we designed custom lengths of strings to exactly suit each sign in the most efficient manner. A set of drawings for each type of sign were produced showing every string of IP Data Pixel 6, the number of pixels in the string and the length and path of the cable between them. An identity for each string was created and the strings were labelled to match after manufacture. This guided Yesco in matching the strings to the correct section of each sign in their Las Vegas workshop.

A mock-up of the signage served as proof of concept with few modifications and Underwriters Laboratories (UL) certified the new IP Data Pixel and Driver 8s (Yesco is a UL certified fabricator).

During the installation and testing, we coordinated both with Yesco and local technology integrator, (National Technology Associates,) regarding the overall control system which sends video content to both the façade media wall and the five “Circa” signs.

Courtesy of Circa Resort & Casino 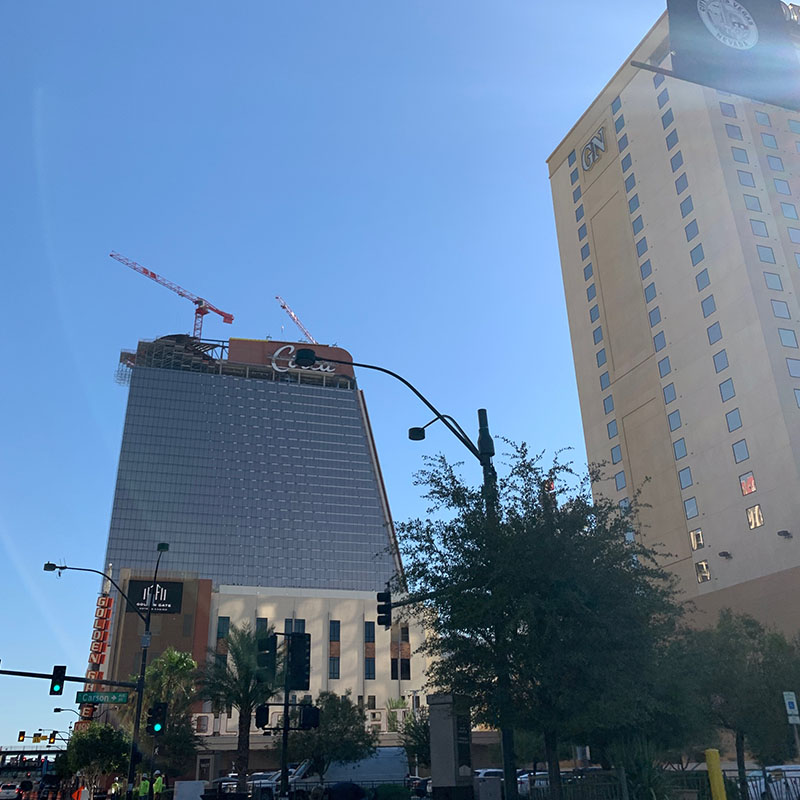 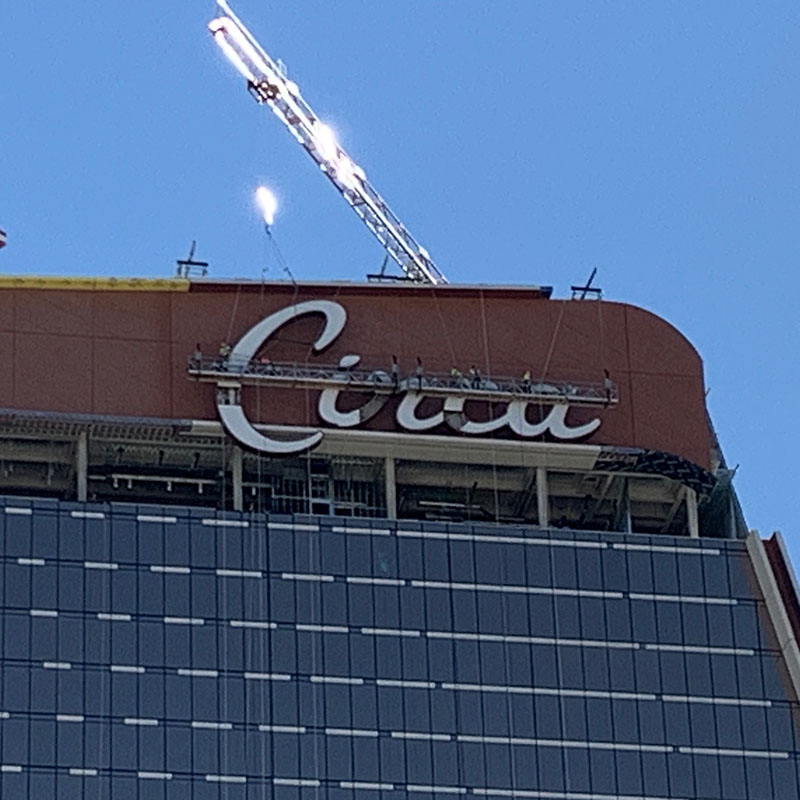 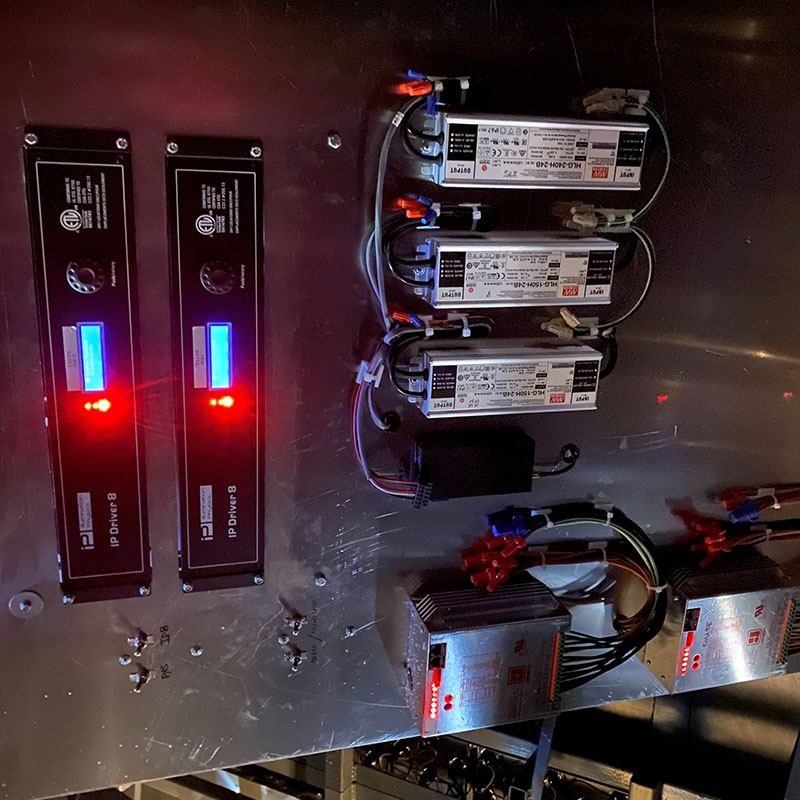 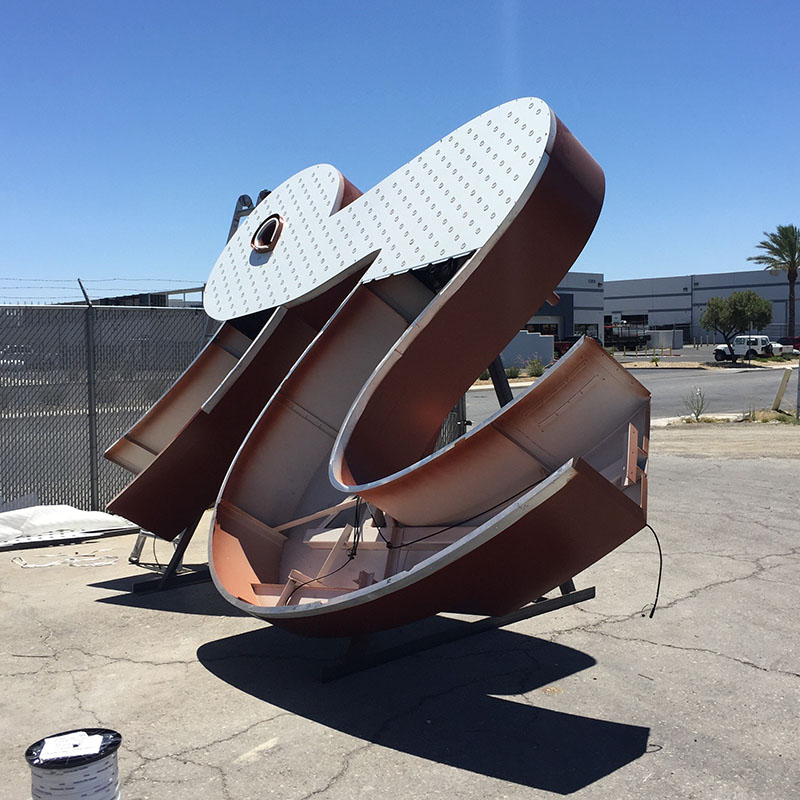 Circa has set a new standard. illumination Physics is proud to have contributed to Shop 12 and Steelman Partners’ inspired signage design.

Our admiration goes out to Tre’ Builders for their professionalism and determination to get the overall project finished on time despite the most difficult circumstances due to COVID 19. 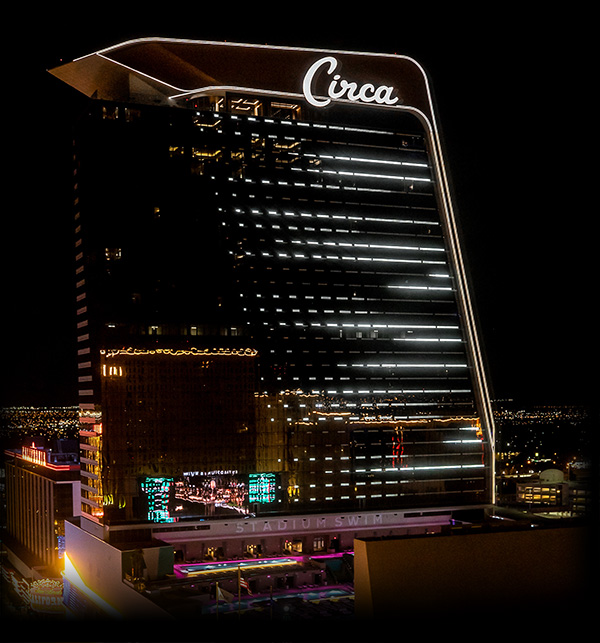