The HSBC Headquarters Building in Central – Norman Foster’s remarkable machine-like structure, had been the subject of a facade lighting project in 2003 which became ‘A Symphony of Lights’. HSBC HQ was one of twenty-four of the most significant buildings that joined Hong Kong’s permanent nightly light show that year.

Twelve years later, illumination Physics was commissioned to help bring to life the first wave of HSBC’S 150th anniversary messages. A complete update of the façade lighting and the integration of three large media walls followed and these tools would collectively be a vehicle for communication and deliver the most visible of the bank’s celebrations.
In 2003, the HSBC main building was equipped with the best lighting technology available at the time. The LED revolution had yet to take hold. The first step of illumination physics’ plan for this building upgrade was to bring the façade lighting up to date. The photometric requirements for this building are very precise. Few planned changes were earmarked for the lighting plot and the positions of the light fixtures largely remained the same. However a major technical makeover was required.

Architectural lighting is a derivative art form and the façade lighting of this extraordinary building had, since 2003, accentuated its most prominent feature – the ‘Exoskeleton’. This is comprised of two ‘ladder’ trusses which extend the full height of the building. Suspended from the ladders are the horizontal and diagonal brace elements of the exoskeleton which measure between 12 and 18 meters long.
Three types of wash lights were required on the façade;

During on-site testing, it was determined that a single lens type was not good enough so differing lens angles were used.

Closest to the illuminated surface a diffused asymmetric lens gave even coverage whilst the main body of the fixture used a symmetrical 5 degree lens to promote a longer projection.

This multi lens technique is referred to by Illumination Physics as ‘double graze’.

Given that the Wash 48 is a DC fixture originally designed for use in hostile climates such as the Gulf or where maintenance is difficult, it was developed with a remote driver. For HSBC the fixture was developed to carry AC power and DMX on board as this would enable the existing wiring to be used during the up-grade. The existing brackets were reused and a custom mounting plate was manufactured for the fixture so that it could mate exactly with the original stainless steel mounts. The end result is brighter and more accurate.
For the ladder truss lighting, an AC version of the smaller IP Wash 24 was developed with a wide asymmetric lens so that the lighting on the underside of the ‘rungs’ of the ladder truss could be optimised, with far better coverage and less spill.
The wide flood version of the IP Wash 48 was lensed so that the light footprints overlapped precisely on the soffit of the refuge floors. Custom brackets meant that the refurbishment could happen with the minimum of fuss. This was essential as the entire project was just six months long and had an immovable completion date – the 3rd of March 2015; the birthday of the Hong Kong and Shanghai Banking Corporation.
The new façade lighting is more accurate, the hues that can be created are far greater and the saturation of RGBW additive colour mixing is superior to the previous CMY subtractive filters used since 2003. The energy consumption was reduced by approximately 90% depending on the lighting content program that is being displayed.
Re-lighting the building was a huge improvement but this step alone did not meet all of the client’s needs. For the 150th anniversary, the building needed to ‘come to life’ and communicate to its viewers.

Three powerful media walls were required as the messages being displayed were complex. No static display could achieve the goals.

The Illumination Physics design for the media wall equipment was to create a system that would be invisible during the day to avoid any negative effects on the appearance of the building. Furthermore, the media wall content needed to be legible from both a close distance of 100 metres and from the opposite side of Victoria Harbour 2-3 kilometers away. 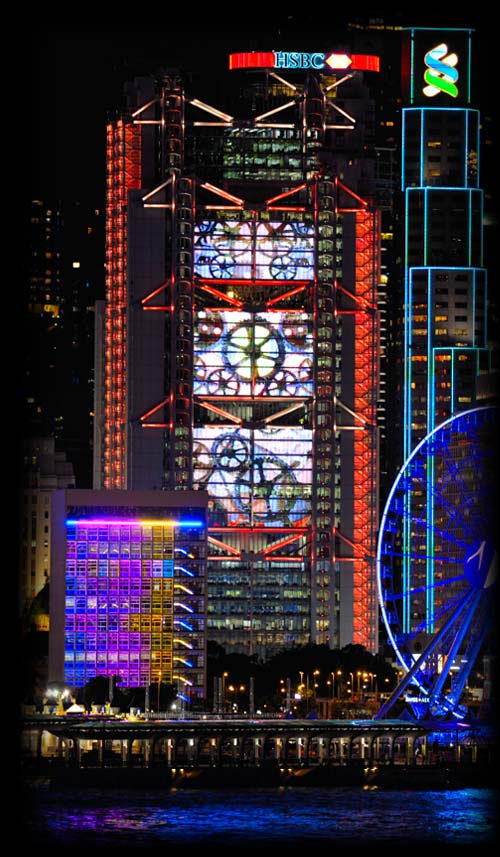 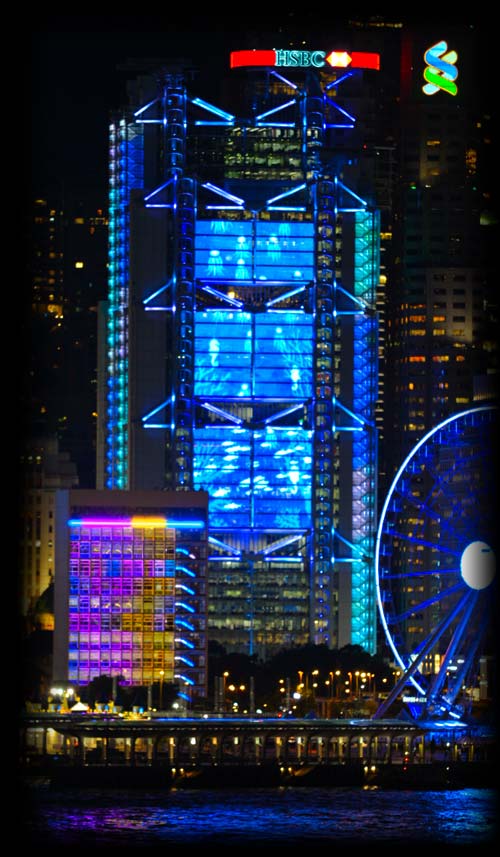 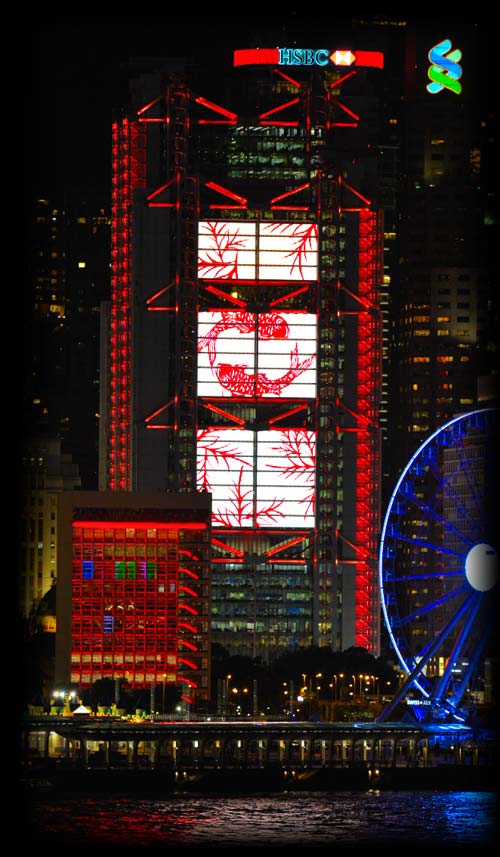 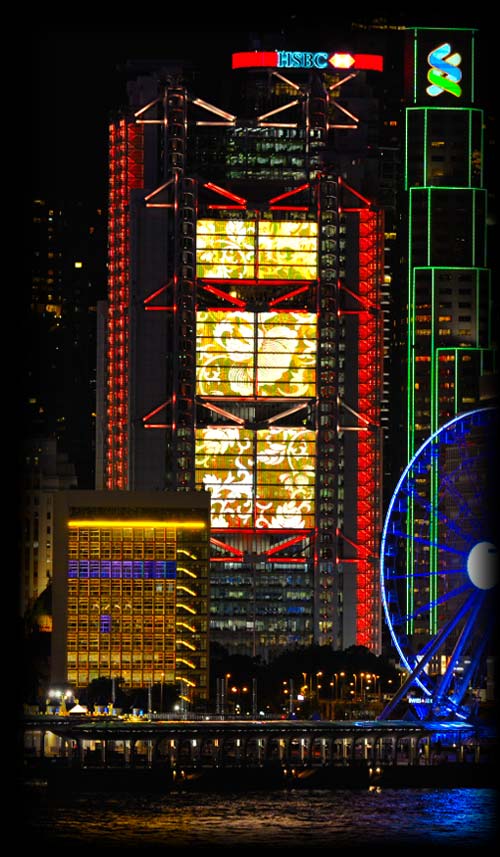 Illumination Physics designed a media wall system that would be integrated into the glass facades between the refuge floors. The height of the glazed zones varies between five to seven floors. Three zones were chosen producing three large media walls which range from 880 square metres to 1,100

Illumination Physics developed a custom version of our ‘IP Glass Media’ Media Strip, which was designed to be applied to the inside of a glass facade. The product is only 16mm wide and 11mm deep and when installed at 200mm centres, the transparency from within the building remained at 95% and yet from the outside it is all but invisible.
The horizontal and vertical pitch were optimised to achievable desired results from both viewing distances. Des Voeux Road is four lanes wide and beyond that is Statue Square into which one would typically stroll 50 metres or so before it feels right to turn and look at the HSBC display. At this vantage point (more than 150 metres from HSBC) the resolution is optimised to suit the panel sizes of the glass wall.  The most popular views of the bank are farther away towards the foreshore promenade, Star Ferry and the pedestrian precinct that surrounds the Hong Kong Wheel. From these positions the resolution is barely detectable. From across the harbour the display reads as if it were solid; such is the effect of pixel halation with distance.
The three media walls can be used as one or as three separate but synchronised images that relate to one another to convey a singular idea. Importantly, the façade lighting which surrounds the screens has also been synchronised with the video content and it was this mix of the two mediums that provided a wonderful challenge.
Content would be the key. The exoskeleton is comprised of a series of horizontal and vertical lines, braced with diagonal trusses at six levels on the building. This creates triangles and when illuminated at night the three sided forms are even more prominent. They are the signature of the building. The media walls are able to connect to the exoskeleton which is vital for when video messages and programs are not running.  During these times, the media walls act as lighting devices, enlarging the effect of the architectural lighting and the form of the building by producing a media metaphor for it.
Special content was produced which created an echo of the façade lighting effects. Triangular animations and kaleidoscopic patterns provide a synergy with the lighting as the lighting ‘reacts’ to the content on the media walls. Conveniently, triangles comprise the HSBC logo so there is useful branding in these integrated combinations. The logo theme has become enlarged and reflected by the way the entire building is illuminated at night. 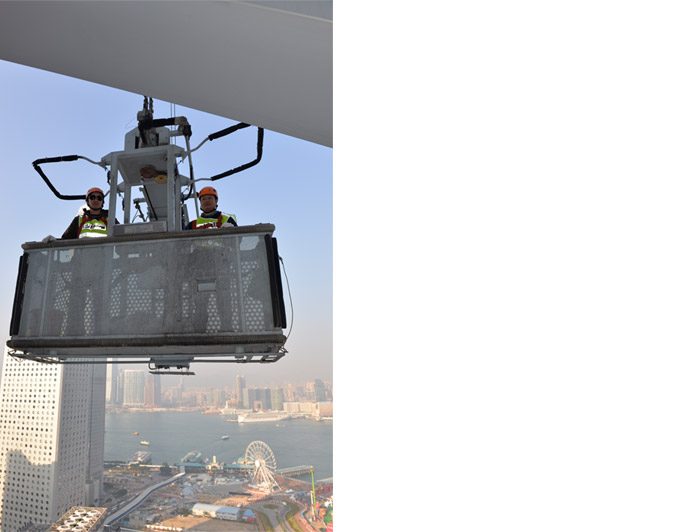 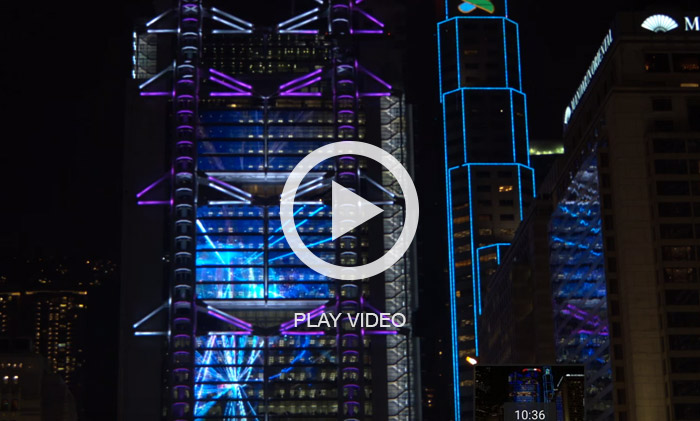 The illumination Physics Systems and Control team faced many challenges when presented with the HSBC light show project. Not only were there an extraordinary amount of universes and data required for the mammoth task but these needed to seamlessly integrate with minimal lag response times.
Illumination Physics specified a control system that would meet these requirements.
It was decided early on that a high capacity low latency network was essential for the screen and exterior control systems. Cisco equipment was chosen for the task of distributing 708 universes of DMX control via Artnet and sACN. The media wall alone requires a consistent 130-140mbps of Artnet traffic to be delivered with low latency and jitter across all 85 DMX nodes. System testing demonstrated 700us response times across the infrastructure thus avoiding any capacity and lag issues.
The capacity and design of the network allowed for multiple control systems to be effectively separated whilst using the same physical infrastructure. This reduced overall costs as changes were made throughout the planning and commissioning phases of the project.
Remote control was also required for various emergency procedures and monitoring. A fibre connection was supplied by HSBC for this purpose and allowed reliable time synchronization for the system’s master clock, as well as various triggers from 3rd parties to control the system remotely. A cisco firewall was used to provide secure access solely to the required devices. 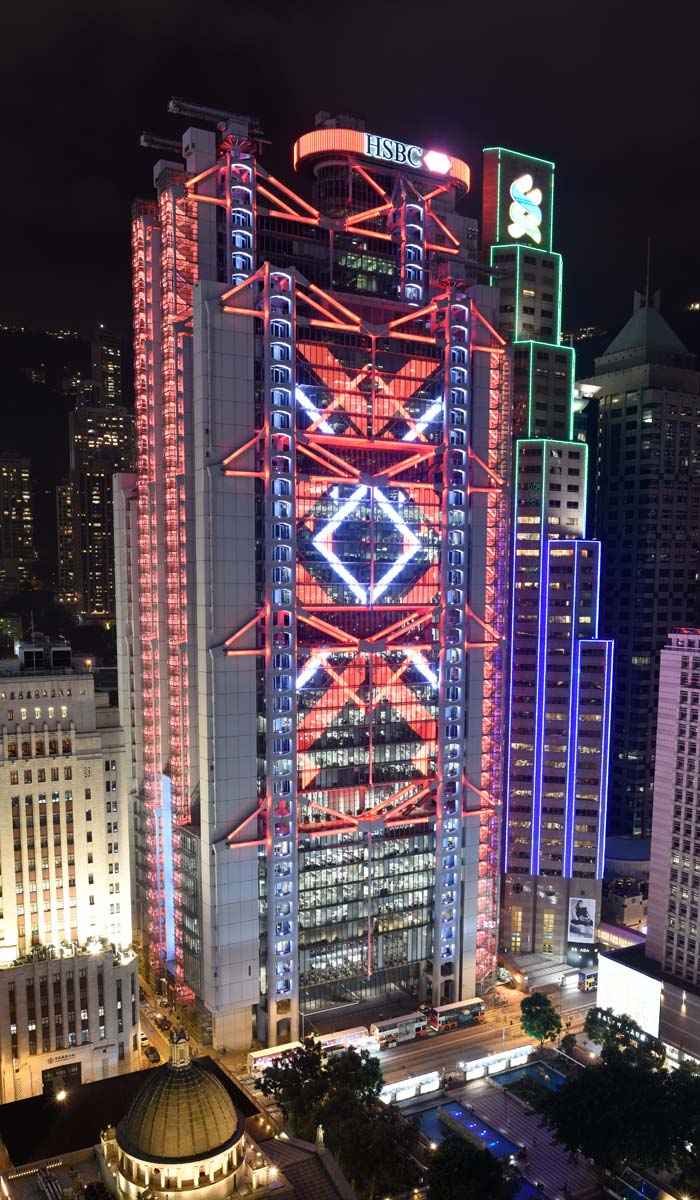 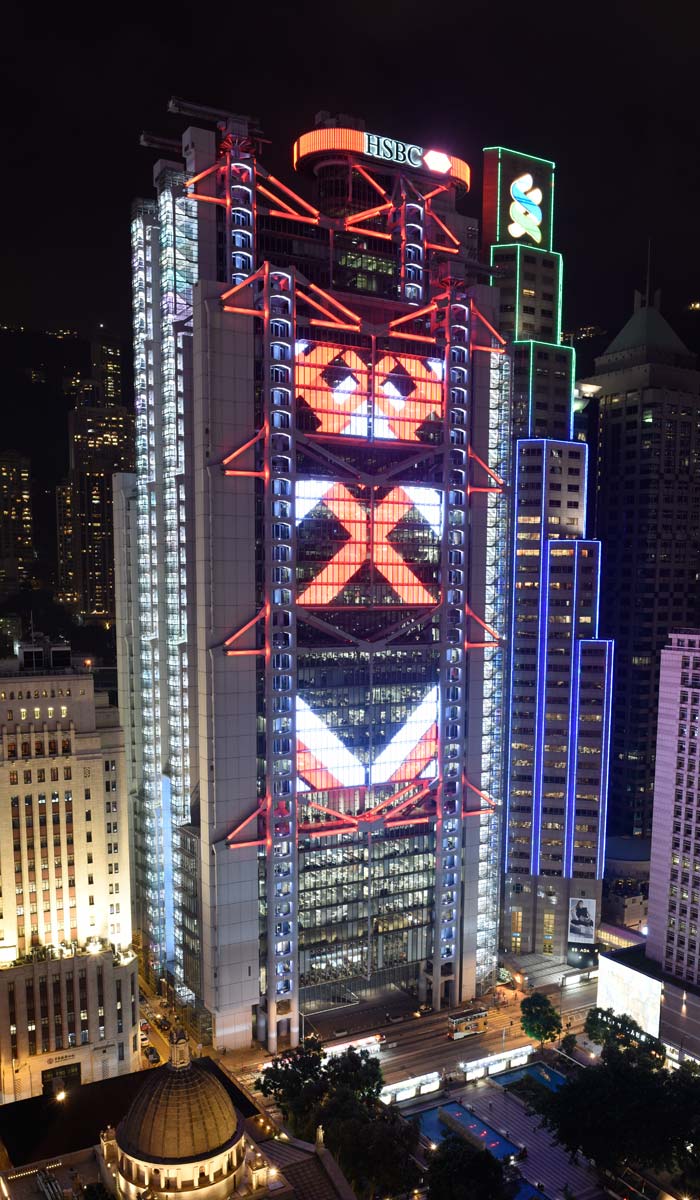 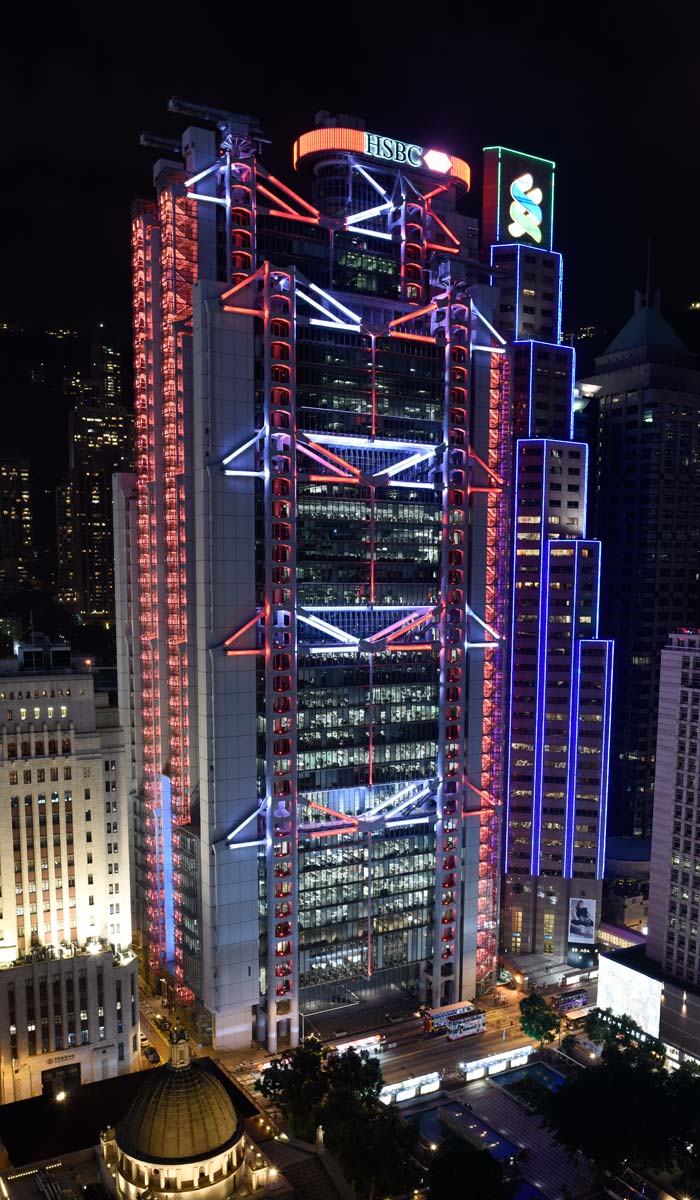 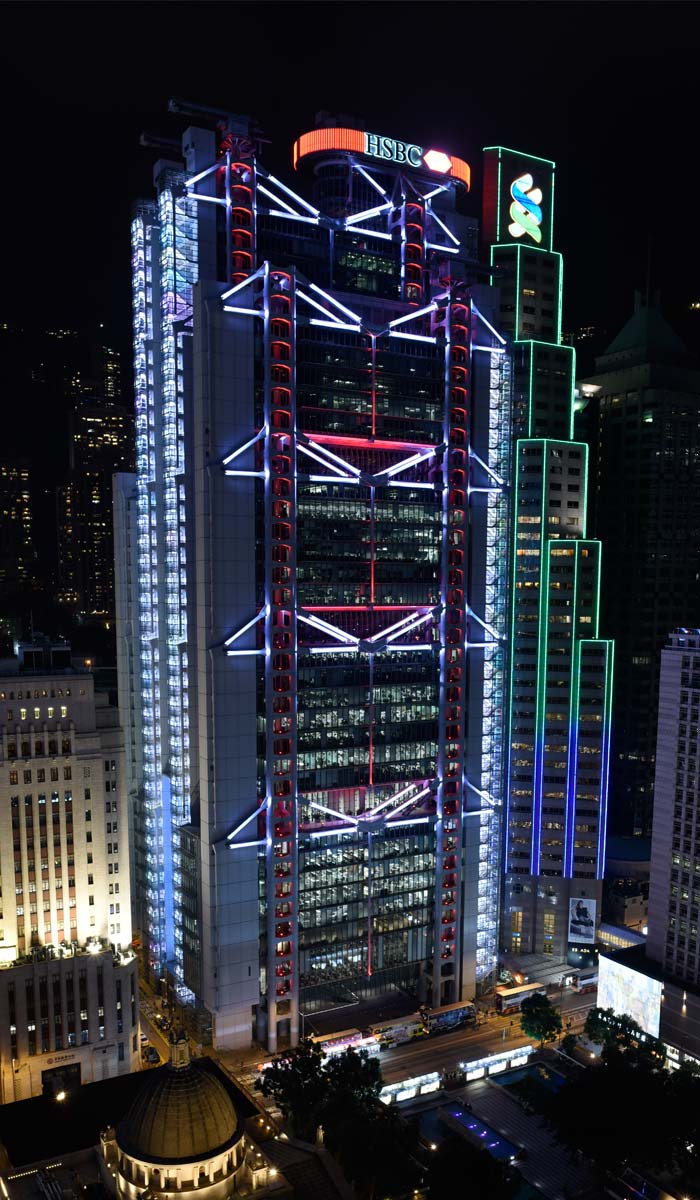 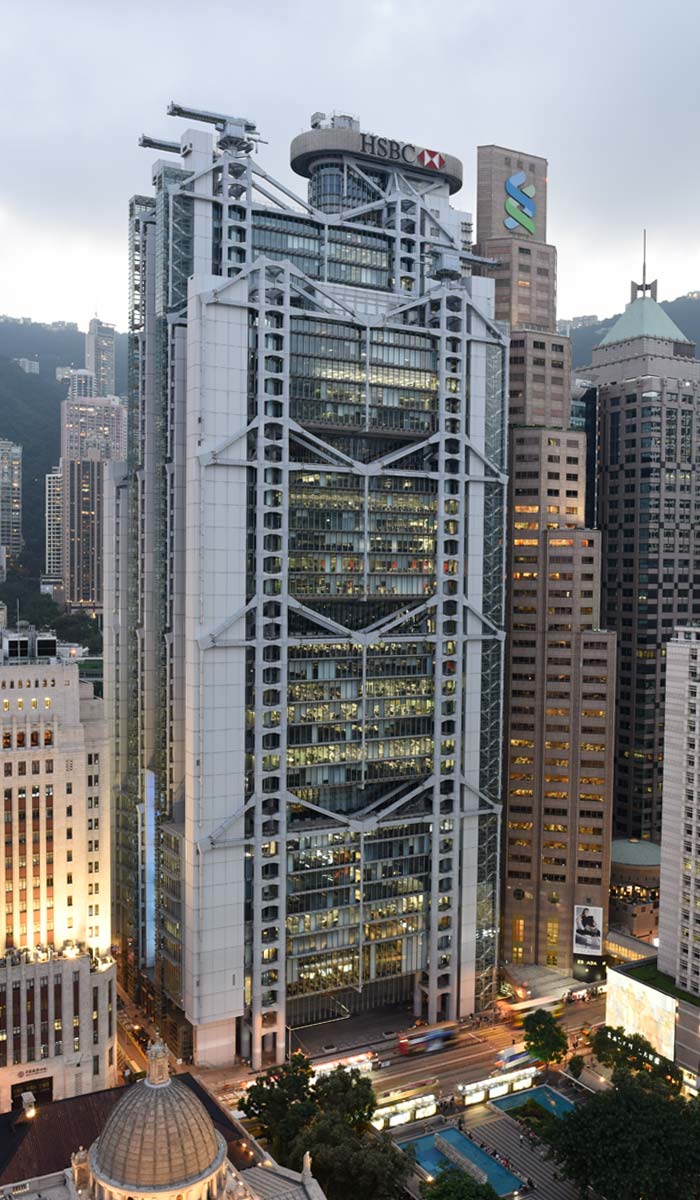 Longevity of the install was a key criteria when selecting hardware for the project. All external components were chosen for known reliability and service back up. These devices needed to be compatible with a wide range of control protocols. The nodes allowed for future proofing as well as control changes if required through the run of the project.
The final commissioning of the system took place over January and February 2015. Much of the lighting was programmed offline using Capture Argo, with final signoff being done live. The media content was also scheduled and added during the final commissioning period.
The last design initiative to complete the new displays was a device not physically attached to the building at all. The Illumination Physics control equipment sends a feed to a new smart phone application enabling views of the content being displayed in the palm of your hand wherever you are. Many tens of thousands of people view the HSBC building from Kowloon every night. With the HSBC App, one can combine a spectacular view of the displays across the harbour whilst simultaneously being able to see the finer detail of the more complex video displays in real time on their phone.
The last task was to restore the nightly display for the Hong Kong Tourism Commission’s Guinness Book of World Records city-wide light and sound show. HSBC has been one of the strongest performers since 2003, faultlessly participating in ‘A Symphony of Lights’ every night, 365 days a year. There are now 47 participating buildings and it became illumination Physics’ ambition to use all of the new façade lighting and media wall capabilities to take HSBC’s contribution to a new level. 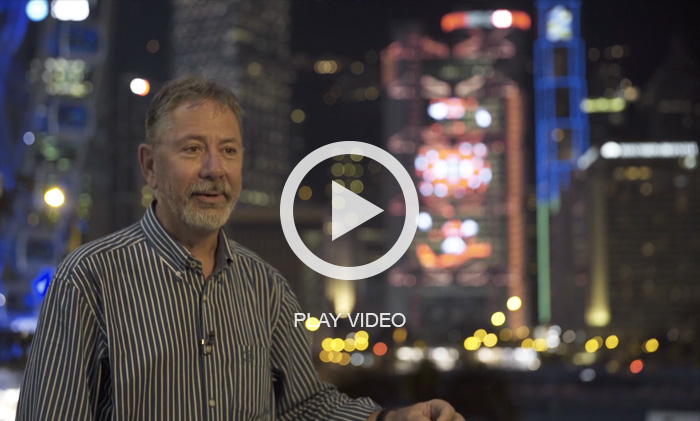 Lighting and, for the first time, media content have been combined to create a greater spectacle by displaying more meaningful images which relate to Hong Kong itself. This combination has further enhanced what is already a remarkable skyline.

This was a project that could only occur in Hong Kong and with one building – a serendipitous collision of place, cultures, technology and architecture. 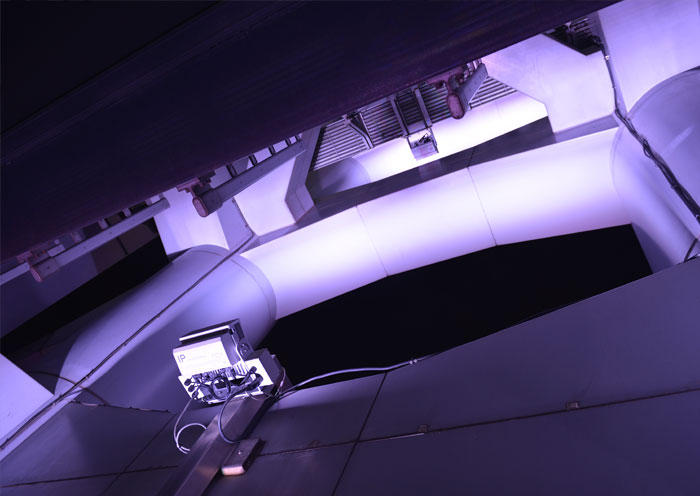 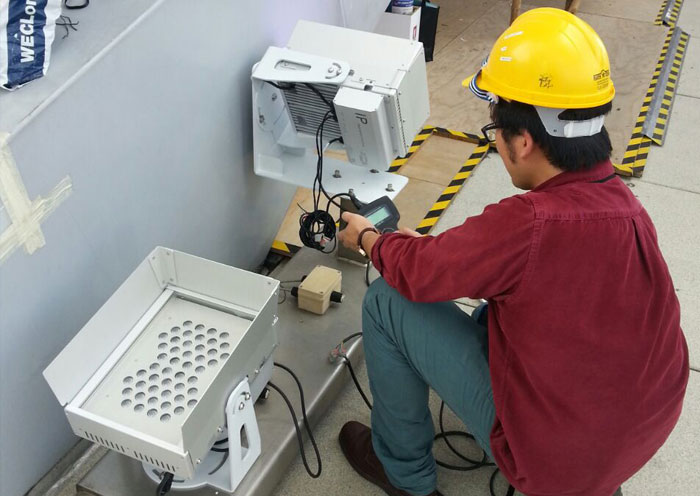 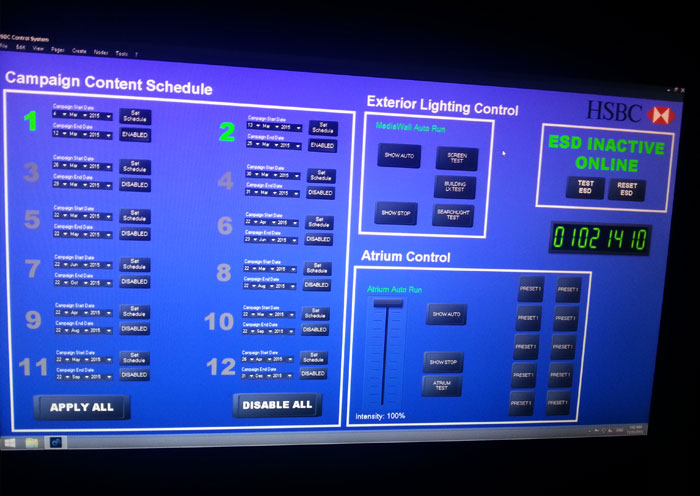 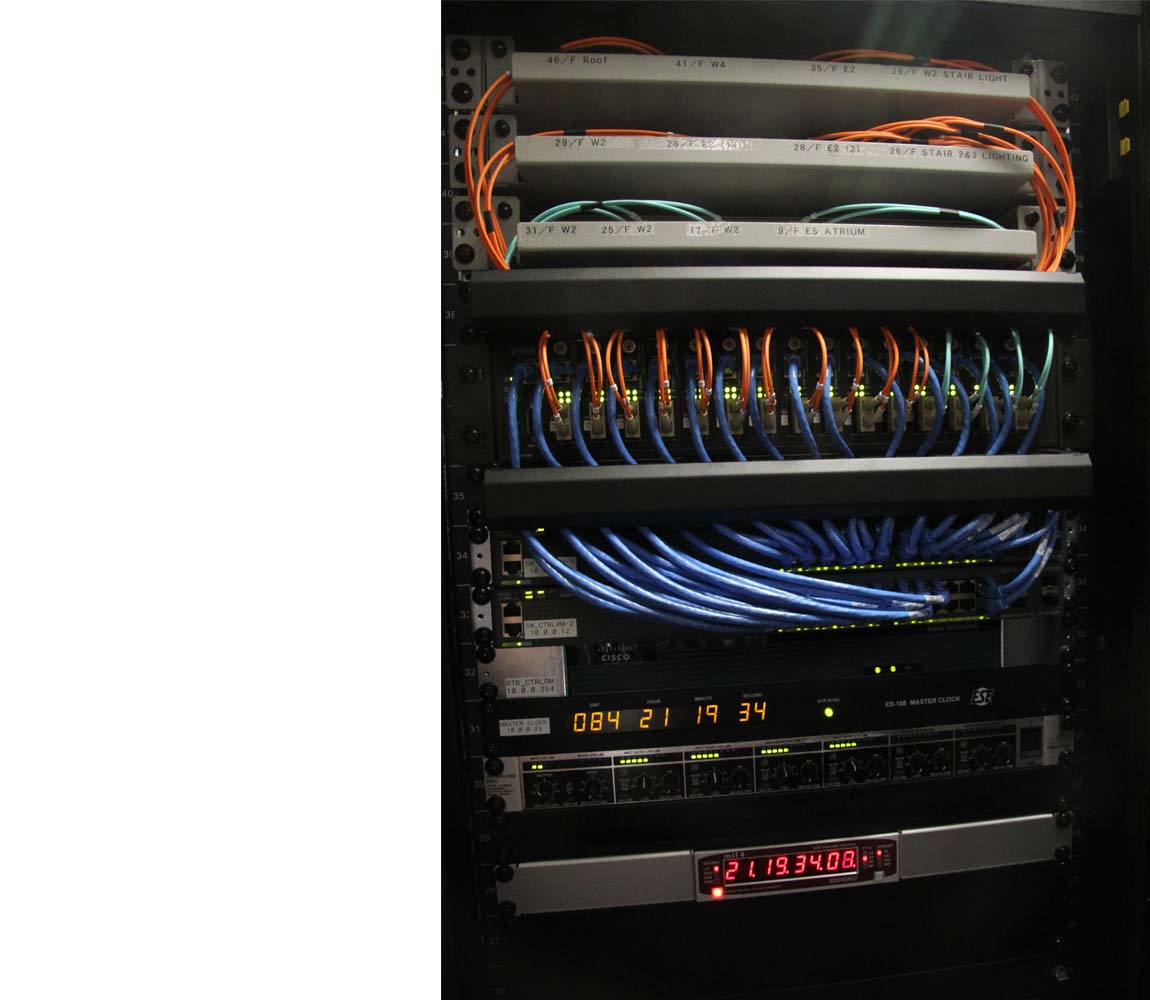 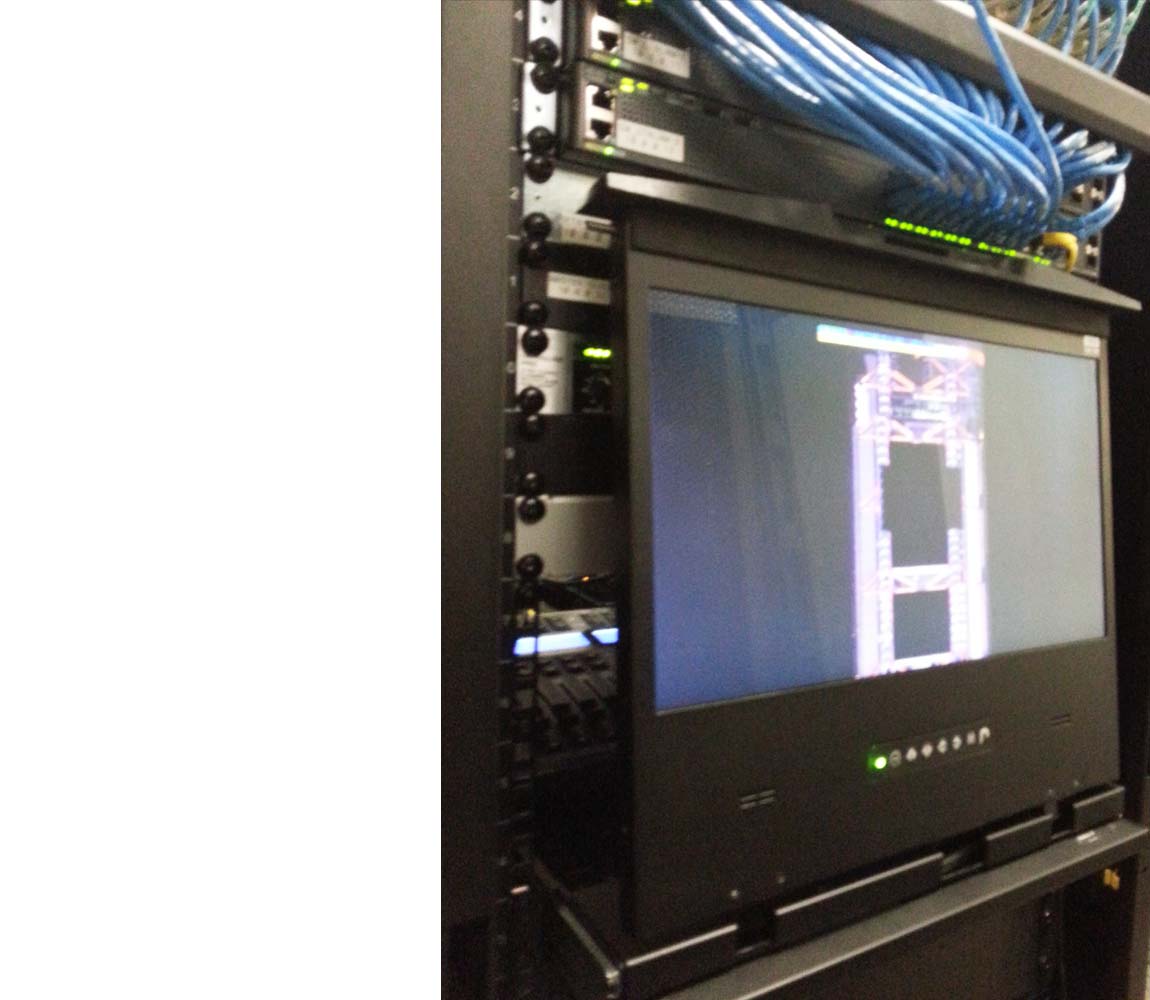 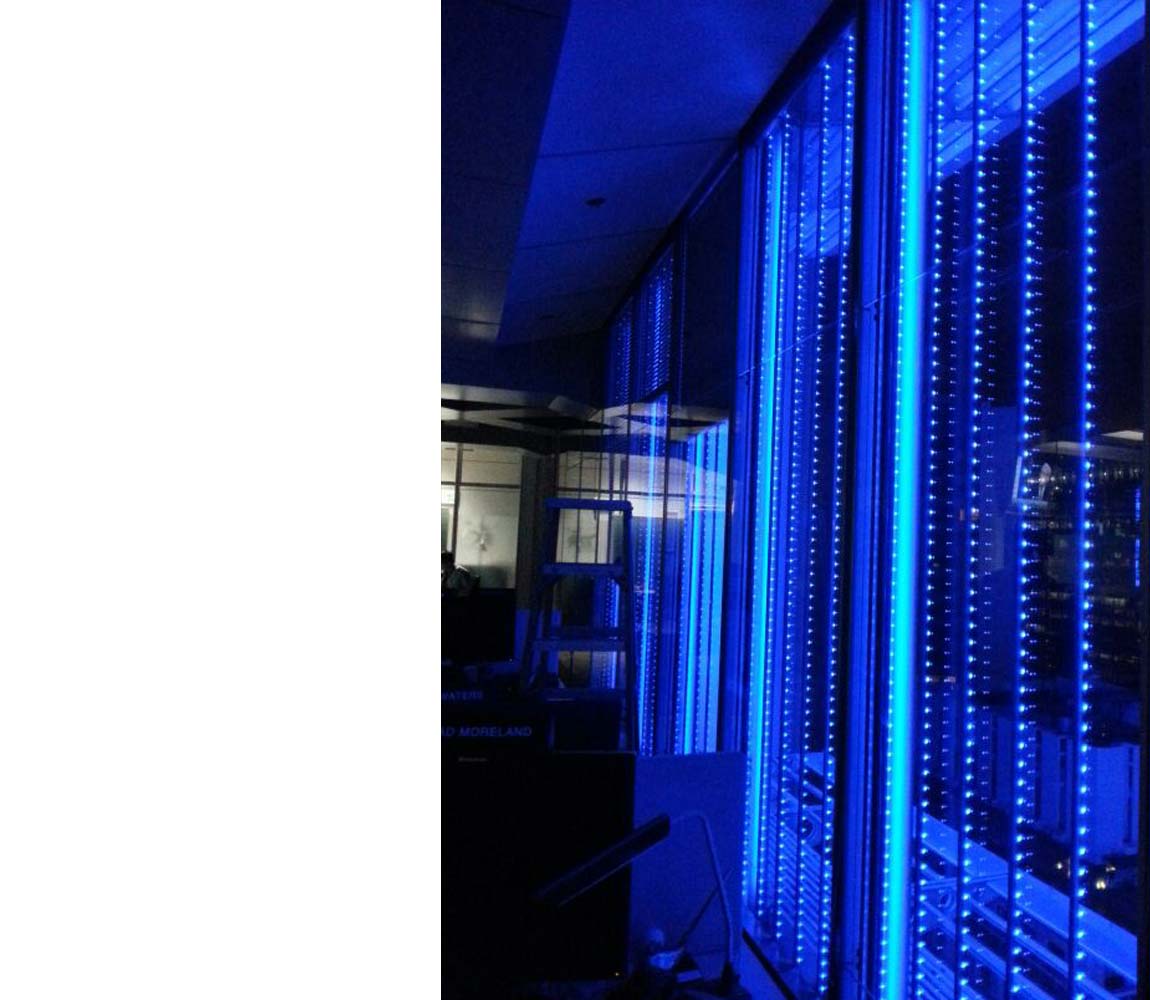 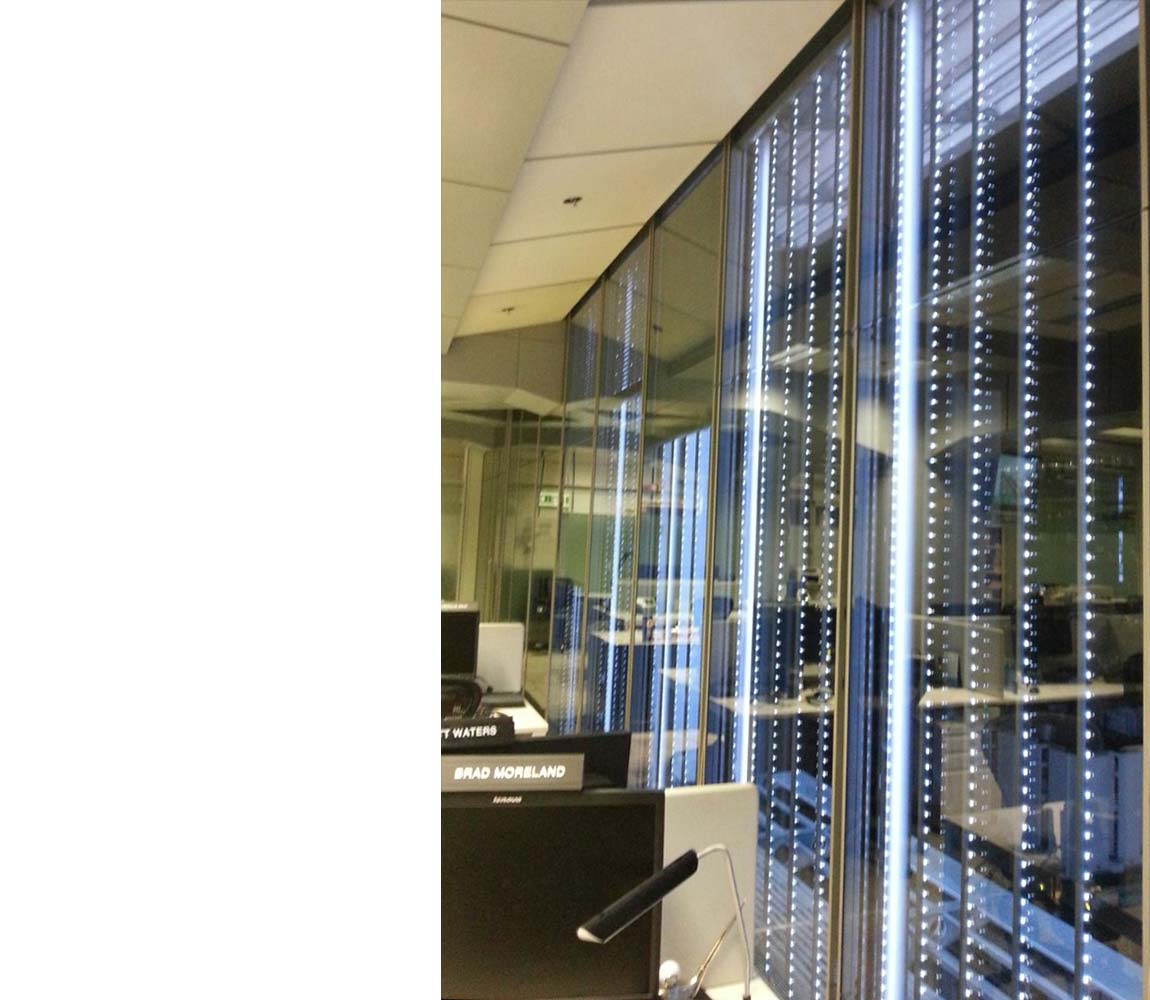