The refurbishment of 77 Des Voeux Road (now known as the Nexxus Building), transformed a 1960’s curtain wall relic into an ‘A’ grade modern and efficient commercial building in the heart of Central, Hong Kong.
The refurbishment entailed the replacement of the curtain wall which provided a vastly more efficient and sustainable building. The retention of the concrete structure meant that the refurbishment was vastly more sustainable in terms of the carbon that might have been produced had the owners decided to demolish the structure completely and build from scratch. Architects AEDAS, led by David Clayton, envisaged a rapid and efficient plan to transform the asset for their clients, Pamfleet Limited.
The sustainable theme was continued into the lighting design. Nexxus needed to make a statement, something that would stand out when viewed in the two parallel ‘concrete canyons’ of Des Voeux Road and Connaught Roads, between which the building is sandwiched.
An LED ‘direct view’ lighting system was devised which would be integrated into the architects facade design. This design included an organic arrangement of illuminated vertical fins of varying length and layout, overlayed on a geometric pattern of LED pixels which would be placed in the spandrel panels at the mullion junctions.

Illumination physics BAR was ideal for the fins both in terms of dimensions and the rear cable entry arrangement. Approximately 600 lineal metres of product was used across the three faces of the building.

The pixels required a custom design for a small version of the illumination physics DOT, which could be integrated into the curtain wall system panels prior to them being mounted on the building. Core to the installation methodology was the objective to avoid any post fixing of lighting equipment. In the end this technique saved 80% of the cost of a more typical facade lighting installation, in which the equipment is installed after the curtain wall is complete. 1150 illumination physics SPECKs were used.

The new custom small DOT became the illumination physics SPECK(there are now many variants’). The SPECKs were designed with a stainless steel conduit/mount that was installed in the curtain wall panels during manufacture. Prior to hanging the panels on the building, the SPECK was attached and tested. In future all external maintenance can be performed from the BMU (gondola). However the need for this is unlikely as the SPECK is so rugged and simple – containing only 6 high powered Luxeon LEDs within the solid aluminium body. All of the electronics are contained in the drivers which are located internally in accessible areas.

For the podium, the architect requested a light fixture that would perform as a red only pixel that also projected indirect light vertically, both up and down the slot into which it would be mounted. Illumination Physics designed a custom 3-way light fixture that uses 3 groups of 1 watt Luxeon LEDs. The centre group illuminates a diffused solid lens, just like the illumination physics DOT and SPECK. The two other groups are equipped with a variety of lens angles and project a narrow beam of light through a clear lens on the top and bottom of the fixture.
The lighting system is controlled through a graphic interface product also from Illumination Physics, ‘X SOFT’. Both the illumination physics BAR and the SPECKsare mapped into one template and the system is programmed in video. Originally the building was illuminated with flood lights mounted on the podium roof. Over 20,000 watts were used and because of the reflective nature of the old curtain wall, light pollution was one of the results. The new Illumination Physics lighting system uses approximately 4000 watts. 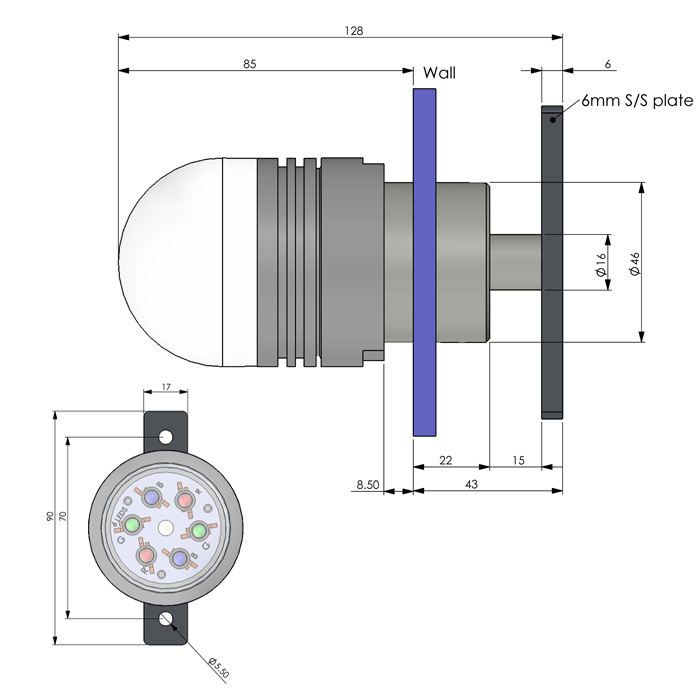 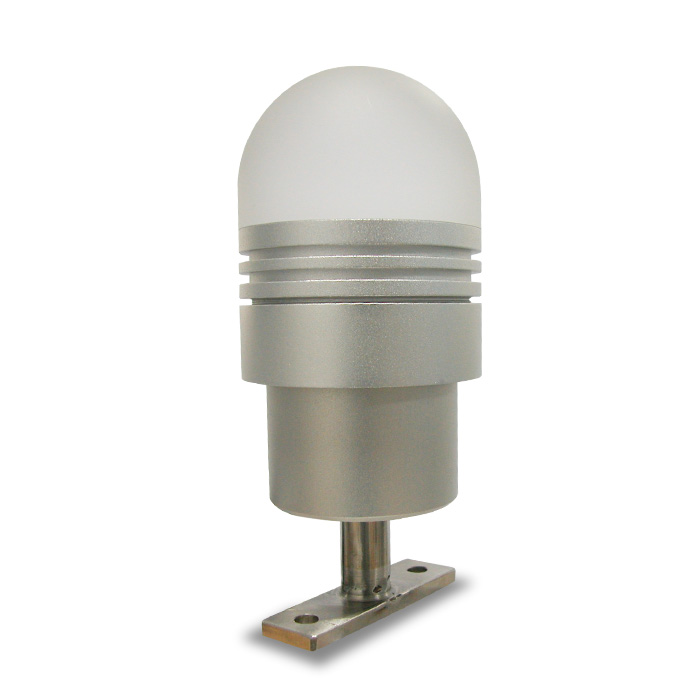 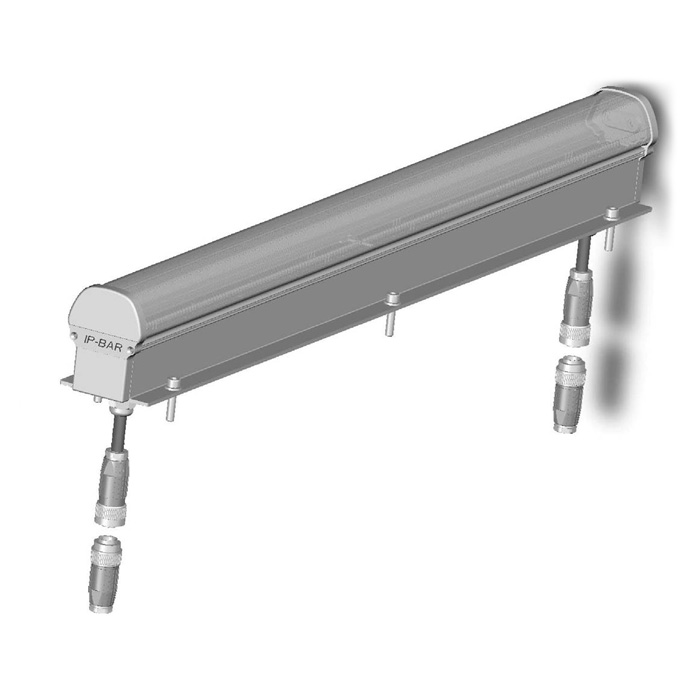